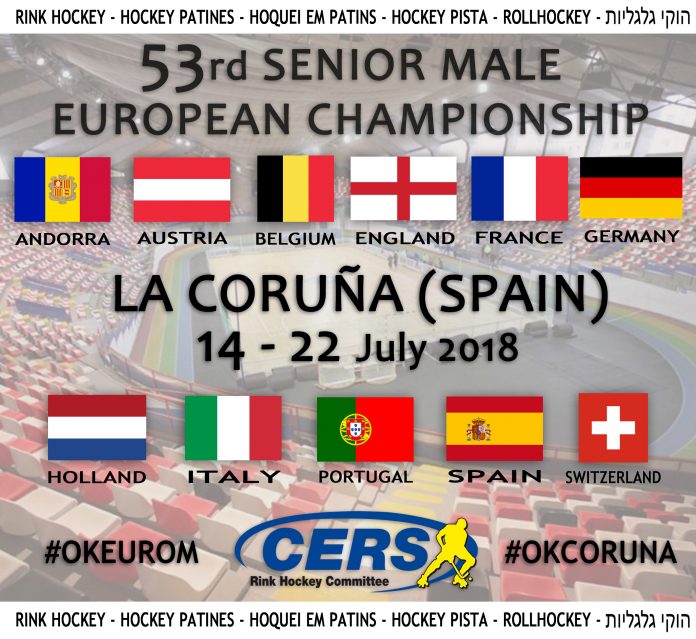 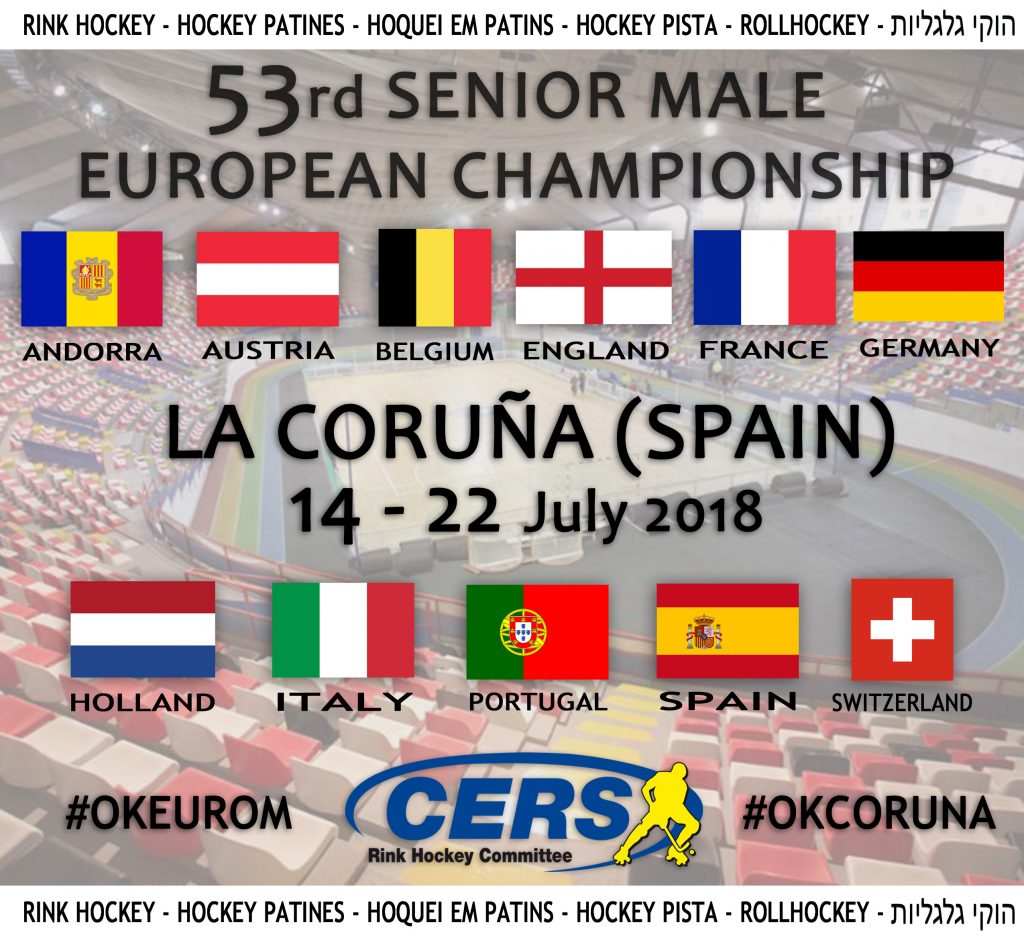 CERSRH informs that the 53rd European Championship 2018, host from La Coruna (Spain), will start the 14th of July with the first match of home team (Spain) and will end the 22nd of July with the finals and prize cerimony. 11 participating teams for the biggest European Championship since 1994, 24 years ago, in Funchal (Portugal): the sixth biggest of the history. Andorra, Austria, Belgium, England, France, Germany, Holland, Italy, Portugal, Spain and Switzerland. The schedule will be officially issued in next weeks with the approval of the RFEP, the Real Federation Patinaje of Spain. Other official news will be posted soon as possibile. All the matches will be broadcasted live in our new web platform. We will try to update every week the roster of the 11 teams, in these latest 50 days to the #okeurom