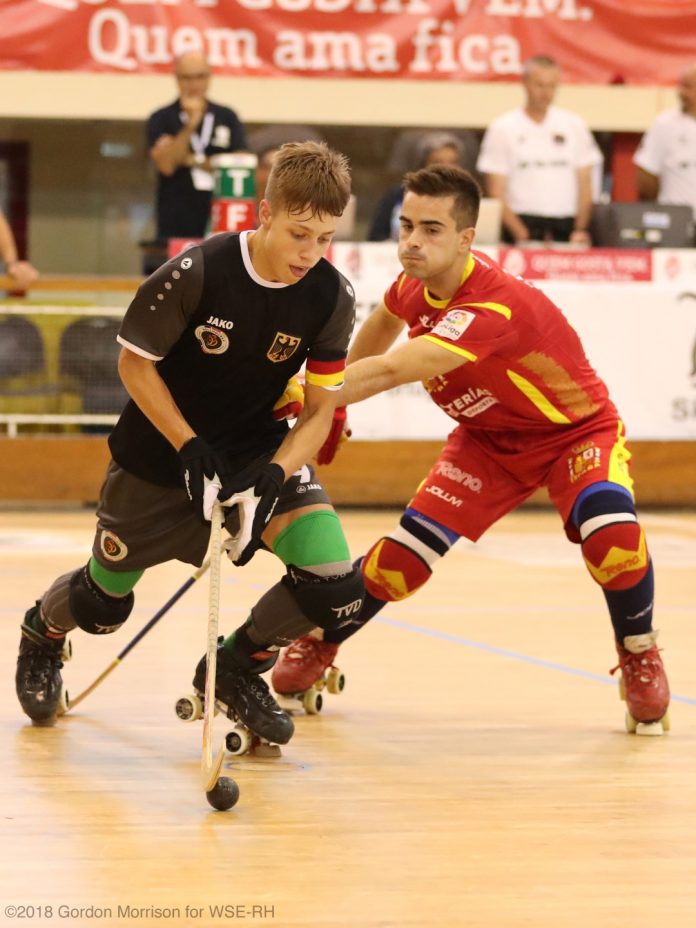 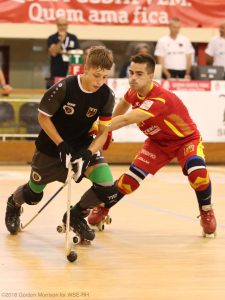 for Portugal, Italy and Spain: the “big three” lead with 6 points. Italy defeated Switzerland for 11-1, Spain won against Germany for 8-2 and finally Portugal scored 17-0 to England.  Tomorrow will be a great matchday for the 51st European Championship Under 20. Portugal-Italy will be the last match at h 21.00 (PT) that could decide who will be in the first position. Before of this, instead a decisive match between Switzerland and Germany at h 17.00  All the matches will be broadcasted live in our WebTV www.cers-rinkhockey.tv, where you can find all the highlights of the matches, and livescoring in our website www.wseurope-rinkhockey.org. From today will be recording also two interviews for every match.

With a second half very efficient, Italy won for 11-1, thanks to the four goals of Francesco Compagno, Italy’s Captain and new best scorer of the team with 6 goals. Switzerland tried to defend in the second period after a good first 25 minutes of the games that have blocked the italian attacks. For both the teams tomorrow will be an important day for their final goals.

The ten goals was scored all in the first half. Great quality of Spain in the first period of the fifth match of the day. Germany has grown in the second period, thanks a different type of play in defence, that blocked the spanish passes. Tomorrow for Germany the chance to prove their force against Switzerland, Spain instead will play against England.

England tried to stem the home team but succed only in the first 15 minutes. Portugal with the same match of yesterday, won with a large amount of goals. Best scorers were Carlos Ramos and Neto with four goals, but Hugo Santos confirmed the first position in the top scorers totally scored 7 goals.