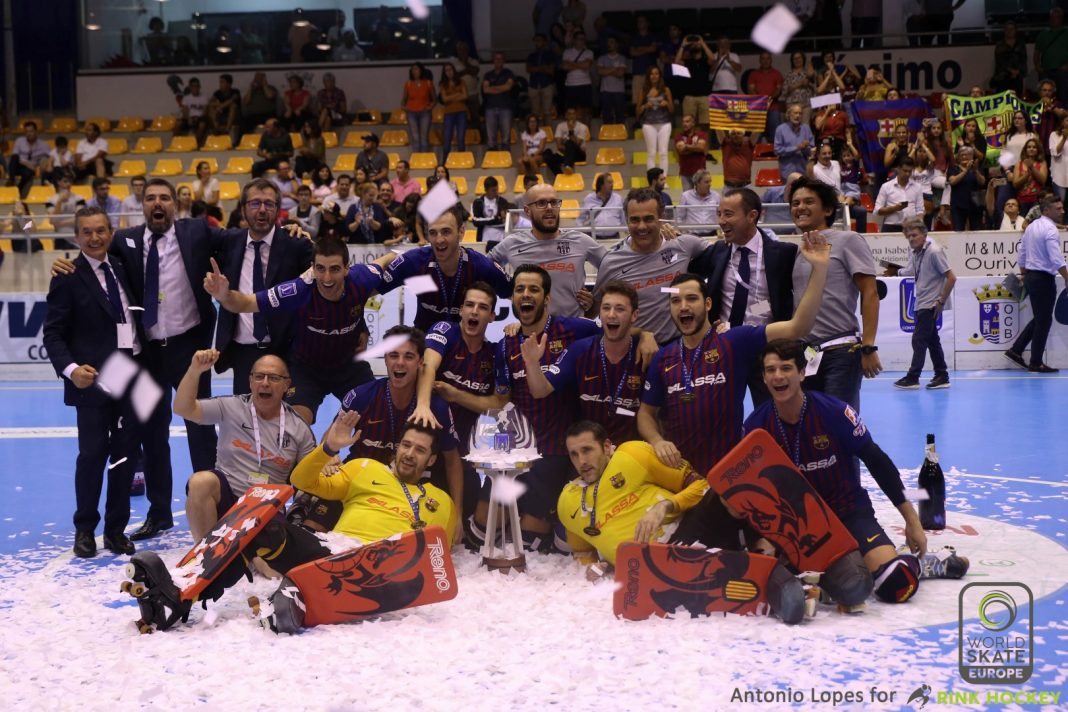 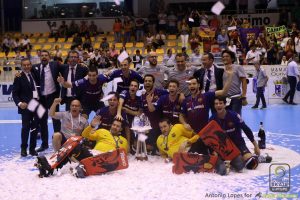 Barça Lassa returns to win a Continental Cup after 3 years. The spanish team wins only in the penalties after 12 shots. For Barcelona the 18th Continental Cup in their huge history of Rink Hockey. For Porto, instead,  seemed so close to the victory compared to the last final in May in Euroleague. The next Euro-Event will be the Female European Championship from 8th of October but the Europeans Club will start very soon at 20th of October for another european Rink Hockey season.

r a long phase of study for both teams, first goal arrived from the stick of Alabart, a great invention that has breaked the match. Porto had immediately the chance to take the draw with 2 direct shot after 2 blue cards of spanish team. Nunes and Alves didn’t score, but in the powerplay, Porto suffered a shorthanded goal of Alvarez in counter attack. In the same superiority, the portuguese team centered the first goal with a strong shot of Garcia. In the second half Porto has changed the rhythm and returned to draw with Rafa Costa at minute 18. 5 minutes to go another 2 goals, 1 goals each for Gual and then Nunes for the 3-3 of regular times. The games was so amazing ahead of 1200 spectators in the “Cathedral” but any other teams scored in the regular times. In the Overtimes, Porto has failed another direct shot (third in the game plus one penalty shot) thanks to a huge save of Egurrola. But the draw has remained for 10 minutes. Then the penalties with Fernandez in the Barcelona’s net: for Porto scored Alves and Pinto for Barca Alabart and Gual in the 10th penalty shot. In the 11th Marc Gual centered the decisive goal then Fernandez saved the 12th thanks to the right pole