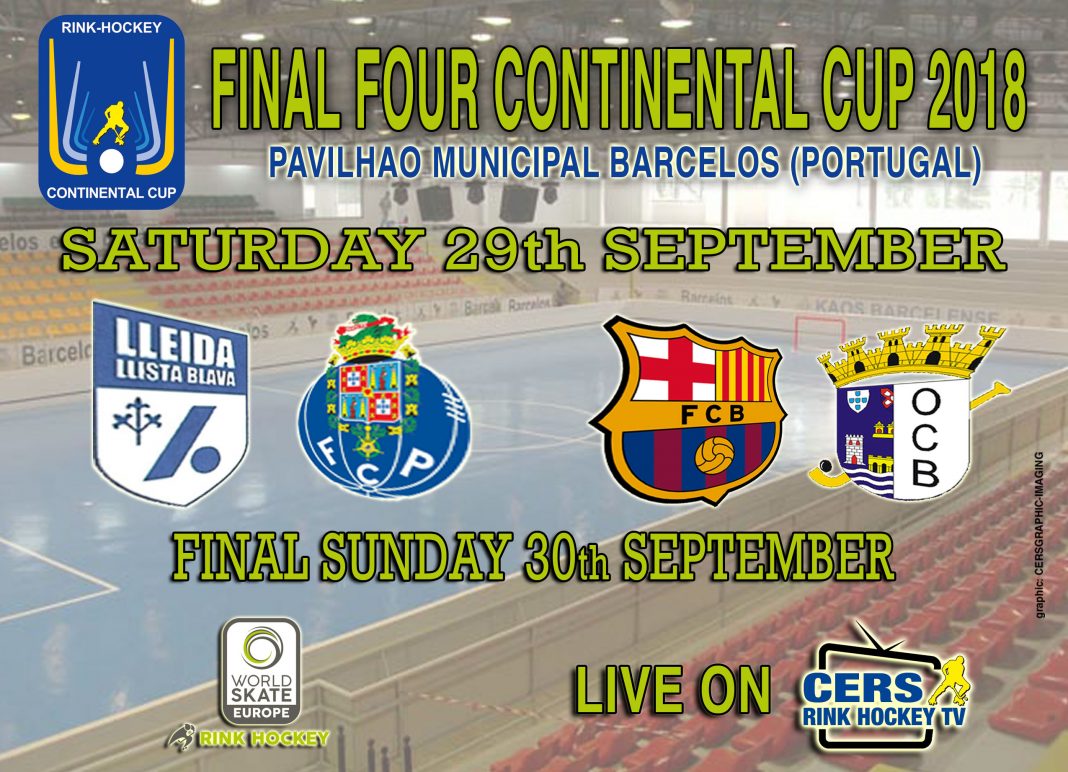 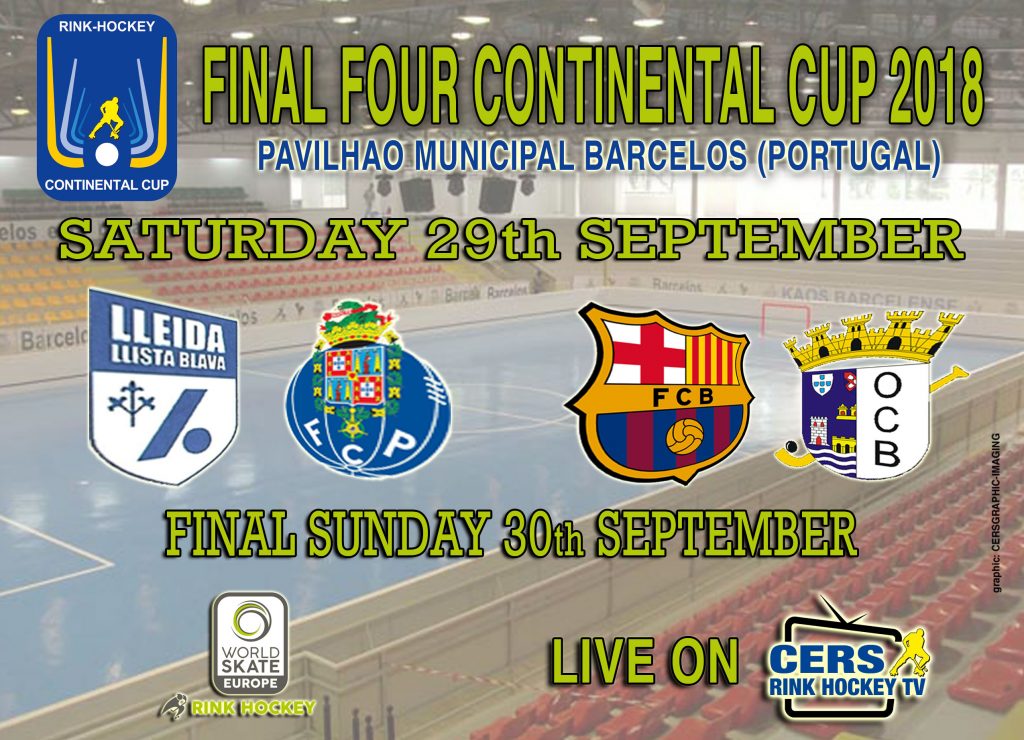 The Portuguese city of Barcelos will host the Final Four of Continental Cup on September 29 and 30.
The only one proposal was arrived by the portuguese club and WSEuropeRink accepts it. This is the second organization of a final four after the Cers Cup’s Final Four in 2015-16 season.

The semifinals are scheduled on Saturday, September 29 and are:
CE Lleida Llista (SP) vs FC Porto (PT)
FC Barcelos (SP) vs OC Barcelos (PT)
The Final will be played on Sunday, September 30.
The timing of each match will be defined during the next days.
Every match of the Final Four of Continental Cup will be broadcast live on CERS-RINKHOCKEY.TV (CERHTV)

An official.communication will be published in next hours.