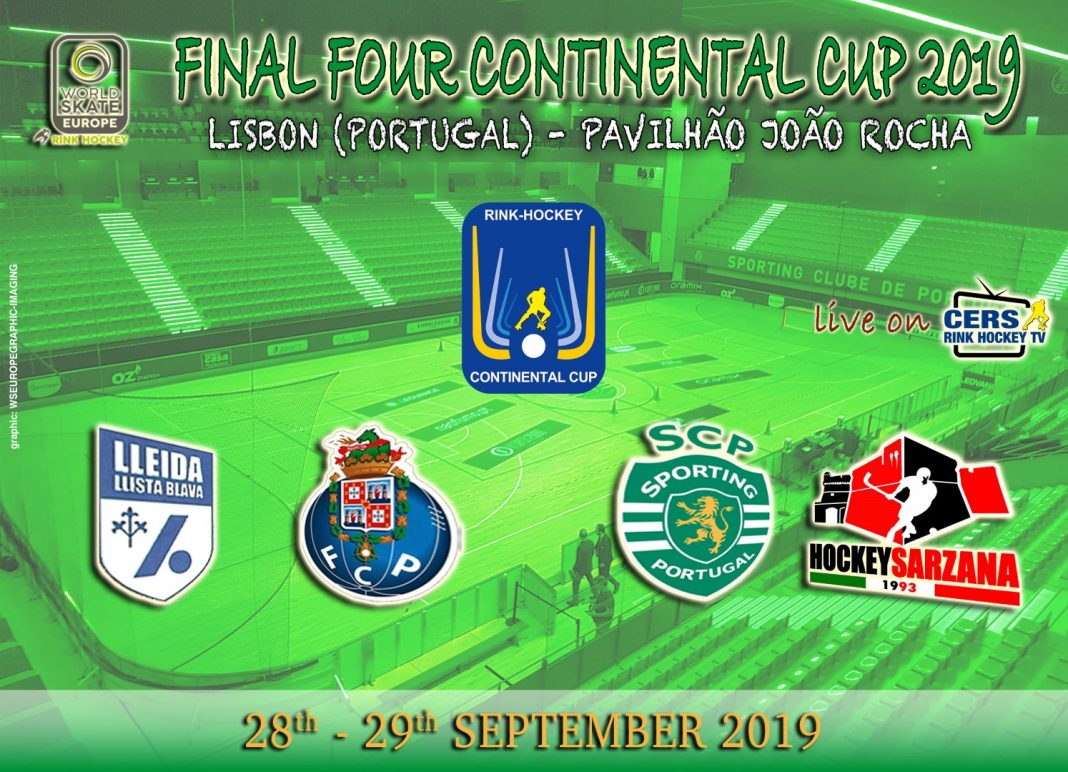 Two Portuguese teams (Porto, second place of Euroleague 2019, and Sporting, winner of Euroleague 2019), one from Spain (Lleida, winner of WS Europe Cup 2019) and one from Italy (Sarzana, second place of WS Europe Cup 2019) will participate in the event that will assign the 39th edition, on September 28 and 29, on the Pavilhao Joao Rocha. The capital of Portugal Lisbon, will organize for the second consecutive time a Final Four, after the last outstanding edition of Euroleague in May, where the local team, Sporting CP, won the Euroleague ahead of 3500 people.

The semifinals are scheduled on Saturday, September 28 and are:
CE Lleida (SP) x FC Porto (PT)
Sporting CP (PT) x Sarzana H. (IT)
The Final will be played on Sunday, September 29

The timing of each match will be defined during the next days.
Every match of the Continental Cup Final Four will be broadcast live on our WEBTV, www.cers-rinkhockey.tv 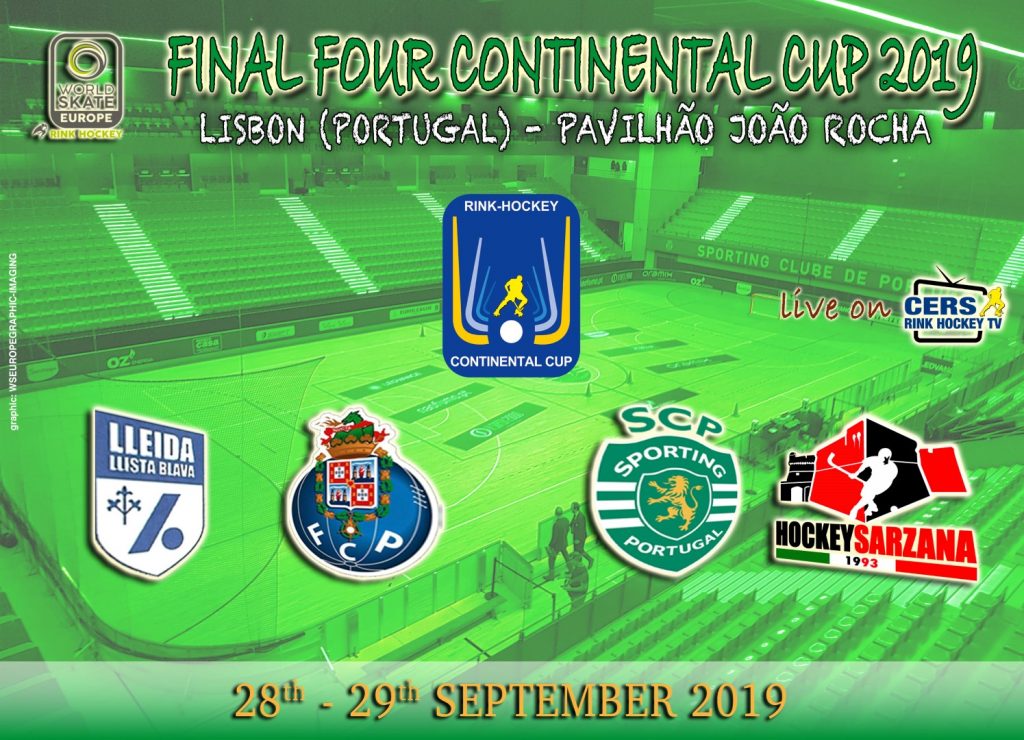 Sporting is the winner of Continental Cup 2019

Porto-Sporting is the final of Continental Cup 2019

Lisbon will be again the best stage for European Rink Hockey