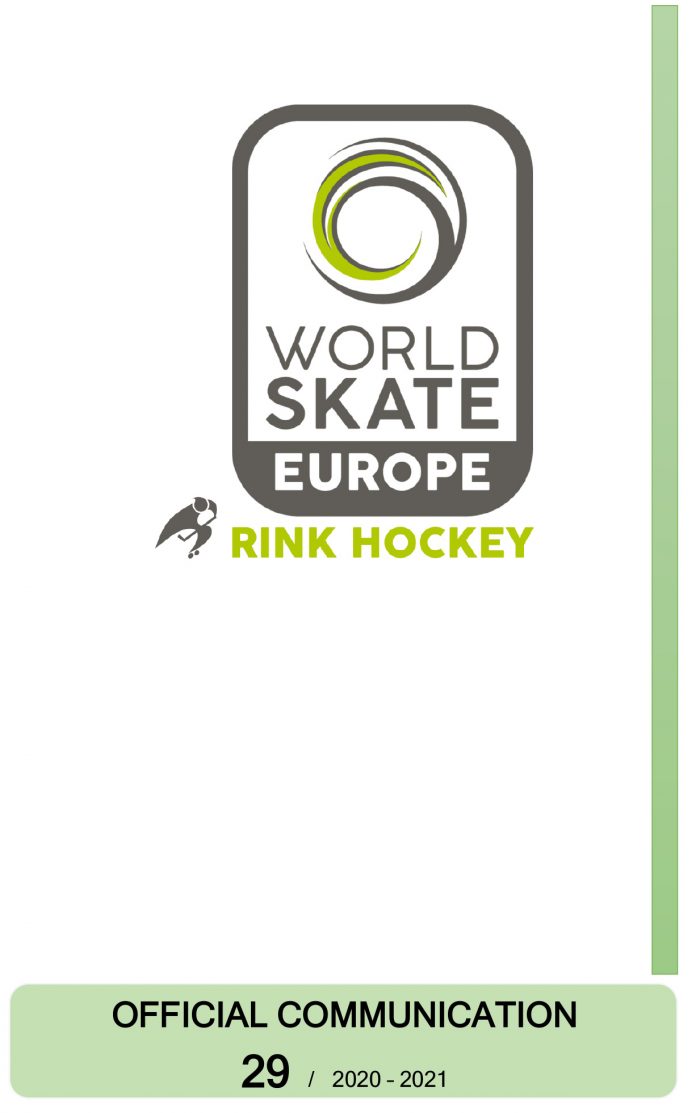 On 21 January, meetings were held with the Club that joined the continuation of European competitions 2020-21. The WSE-RH Committee held three meetings, one for each competition, where they were presented, and discussed, competitive models, after suspension due to the pandemic emergency. These are the competitive models:

EUROLEAGUE
The Committee has presented various proposals for competitive models and the Clubs (nine) have presented their own proposal. This is the shared and accepted proposal:
9 Clubs participate in the competition and it is divided into two distinct phases.

– First phase: Qualification phase. The teams are divided into 3 distinct groups (A-B-C), each consisting of 3 teams (all against all) with one-way matches. Date: 9-10-11 April 2021.
– Second phase: Final Four. The first teams classified in each group of the first stage and the best second team classified among the three qualifying groups, will qualify to Final Four, divided in two Semifinals and one Final. Date 14-15 May 2021.

WS EUROPE CUP
The Committee presented a competitive model which was accepted by the Clubs (seven) which continued the competition. The eighth club, Club Esportiu LLEIDA LLISTA BLAVA, as the winner of the last edition played, 2018-19, will be qualified directly to the semifinal. The other 6 (six) teams will play in the quarter-finals and then the three winners will be qualified to the semifinal together with Lleida Llista. The semifinal winners will play the Final. The schedule will be April 30 and May 1-2, 2021

FEMALE LEAGUE CUP
The Committee presented a competitive model that has been accepted by the Clubs (eight) that continue the competition. Final Eight with the quarter-finals, semi-finals and final. Quarterfinals will be played on May 27, Semifinal on May 29 and the final on May 30.

The WSE-RH Committee in the coming days will publish the statement on the new draw of the competitions, which will be sent by the end of February 2021.