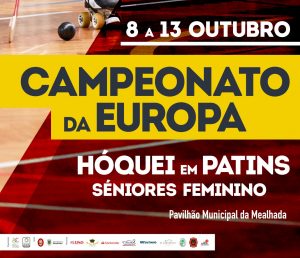 The 14th edition of Female European Championship is ready to start in Mealhada for the first time. Last edition in Matera (Italy) has won Spain with the round robin formula as will be played this year: second position for Portugal, third for Italy. Spain will try to win the fifth trophee in a row for the first time in the history: the spanish ladies win this tournament from 2009. Portugal didn’t win it since 2001, and Italy since 1993. In 2007 the latest edition won from Germany, in 2005 won France. After many years, Switzerland and England return to play in a Female Euro-Championship, thanks to the U17 female tournament played for three consecutive years in Spain, Italy and Germany, that have grew their players. Switzerland partecipated last time in 2011, instead England in 2009. In 2013, the european championship was played from 4 teams, and now in 2018, after five years, the team grow until to 7.

The 14th edition will be played in Pavilhao Municipal de Mealhada (1000 seats), with a rink of 40×20 m in parquet floor. Portuguese Federation (FPP) will organize this event as the EuroU20 championship. The opening cerimony will be hold at 20.00 in Pavilhao de Mealhada, and then will be played the third match with the debut of the home team against England. Before that, Italy-Switzerland (16.00) and Spain-France (18.00). Five days of matches in a round robin with three games every evening (17, 19, 21 hours) and one in the morning (9.30).

All the 21 matches will be broadcasted live on our NEW WEBTV (www.cers-rinkhockey.tv) with the commentary of Jose Santos. The coverage will be extended with the Press Conferences after the match, available in our webtv or in Youtube channel. The TV Producers for CERSRH.TV will be Pedro Cabral and Bruno Soares from Azores (aka Hoqueipatins.pt), a great professional service for rinkhockey, already producers of U20 2016 and 2018 and of U16 2017, and others.

WSE-RH will follow entirely the 14th edition with a special coverage in social network and in the section of Euro Female www.wseurope-rinkhockey.org/eurof 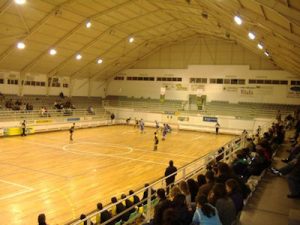