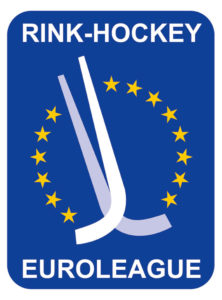 The Catalan city of Lleida and the “Pabelló Barris Nord” with its 5.000 seats will be the setting of the 52nd edition of the Male Euroleague of rink Hockey organized by FC Barcelona. Starting from tomorrow, the best four European teams will play for the most important trophy in continental club competitions.
The Final Four represents the last act of the Euroleague. FC Barcelona, Reus Deportivo, SL Benfica and UD Oliveirense joined the Final Four after winning their group in the qualification round and the quarterfinals. Those are the best teams in Europe at the moment: FC Barcelona won the OK Liga last week and Reus is at the 2nd place in the Spanish championship; Oliveirense leads the ranking in Portugal and Benfica follows at the second place. SL Benfica is the defending champion, having won the last edition played in Lisbon, defeating FC Barcelona first and then UD Oliveirense.

The Male Euroleague Final Four will have a complete TV coverage. All the matches of the Final Four will be broadcast live by CERH TV (www.wseurope-rinkhockey.org) and by the Portuguese RTP and the Catalan TV3
The referees appointed for the Final Four are: Alessandro Eccelsi (Italy), Filippo Fronte (Italy), Franco Ferrari (Italy), Massimiliano Carmazzi (Italy), Antonio Gomez (Spain) and Josep Ribò (Spain).

As usual, the Euroleague Final Four will host an important technical meeting for coaches organized by the Cers Rink Hockey technical and development commission that will take place on Saturday, starting from 10.30 AM, in the press room of the “Pavelló Barris Nord”. After the welcome speech of the Cers-RH Committee President Fernando Graça, Joaquim Pauls (member of the technical commission) will lead the two sessions of the meeting. In the first one, Nuno Ferrão will talk about “Specific physical training for rink hockey”; in the second one, Guillem Pérez will talk about “Construction of a playing model and of a qualitative training” methodology.

Tonight at 8.00 PM CET, in the press conference room at the “Pavelló Barris Nord”, the coach of FC Barcellona Ricard Muñoz, of Reus Deportivo Enrico Mariotti, of SL Benfica Pedro Nunes and of UD Oliveirense Tó Neves, will have a conjunct press conference.