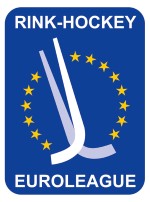 The cases of COVID 19 CORONAVIRUS have developed across Europe since the beginning of February 2020, which in some nations – particularly in Italy – has caused a great spread of contagion. This rapid spread of contagion forced several Governments to make drastic decisions every day to limit the mobility of people, in order to reduce the spread of contagion worldwide as much as possible, also affecting the normal course of sporting activity, with the dispute of some competitions with games only played behind closed doors, that is, without the presence of an audience. In addition, some European country governments have decided to impose restrictive provisions on the entry of people from some countries where contagion is present and has grown exponentially.

Consequently, WSE-RH considers the continuation of European competitions to be impracticable, having submitted to the President of CERS a proposal – already approved by him – with a view to its immediate suspension, namely with regard to both club competitions (Female League Cup, WS Europe Cup and Euroleague) and Nations competitions(Latin Cup).

Naturally, WSERH will monitor the evolution of the situation and will not fail to propose to the CERS President that decisions will be taken as it deems appropriate regarding the resumption – in whole or in part – of the different European competitions.