For the third time in the history of women’s rink hockey, Gijon (Spain) hosts a finals of the first European women’s competition. In 2010 Biesca Gijon won, while in 2017 Voltregà, winner of five European Cups, rejoiced in a tense final won 1-0. Five years later, Telecable Gijon tries again, in front of its people to raise the sixth European Cup, the maximum competition for women.
An event that will be hosted in the 5000-seat arena of the “Palacio de los deportes Adolfo Suarez”, as in 2017. Since that year women’s hockey has changed a lot thanks to the rapid increase in the level of spanish hockey that is dominating at European level.

The home team TeleaCable Gijon dominating the qualifying round will face Cerdanyola (19:30 local time), which is confirming itself as one of the most growing realities of the catalan scene. A semi-final between the first of the spanish championship Ok Liga and the fifth Cerdanyola, divided by 12 points. On the one hand the 20-year-old Sara Roces, former MVP of the Women’s European Championship (Luso 2021), and on the other hand the 23-year-old Gemma Sole, respectively 40 and 22 goals to her credit. It will be preceded at 16:30 (15:30 GMT+1) with the superchallenge between Generali Palau Plegamans and SL Benfica, that is, the last winner of the spanish and Female League Cup, against the dominator of the Portuguese championship for a decade. Both have won a Female League Cup and both would like to play the final again. In this match the most famous girls are Laura Puigdueta and Marlene Sousa, duelists also at European level where Spain always wins.
The Final Four will have its epilogue on Sunday at 18:00 (17:00 GMT+1) between the two winners of the Semifinals, probably one of the best women’s rink hockey show ever
All the matches will be broadcasted live on www.esport3.cat and europe.worldskate.tv. The second semifinal will be live on TV RTPA Asturias.

The Final Four will be anticipated tonight from 18:15 (local time) live on europe.worldskate.tv from the press conference with the four main coaches. 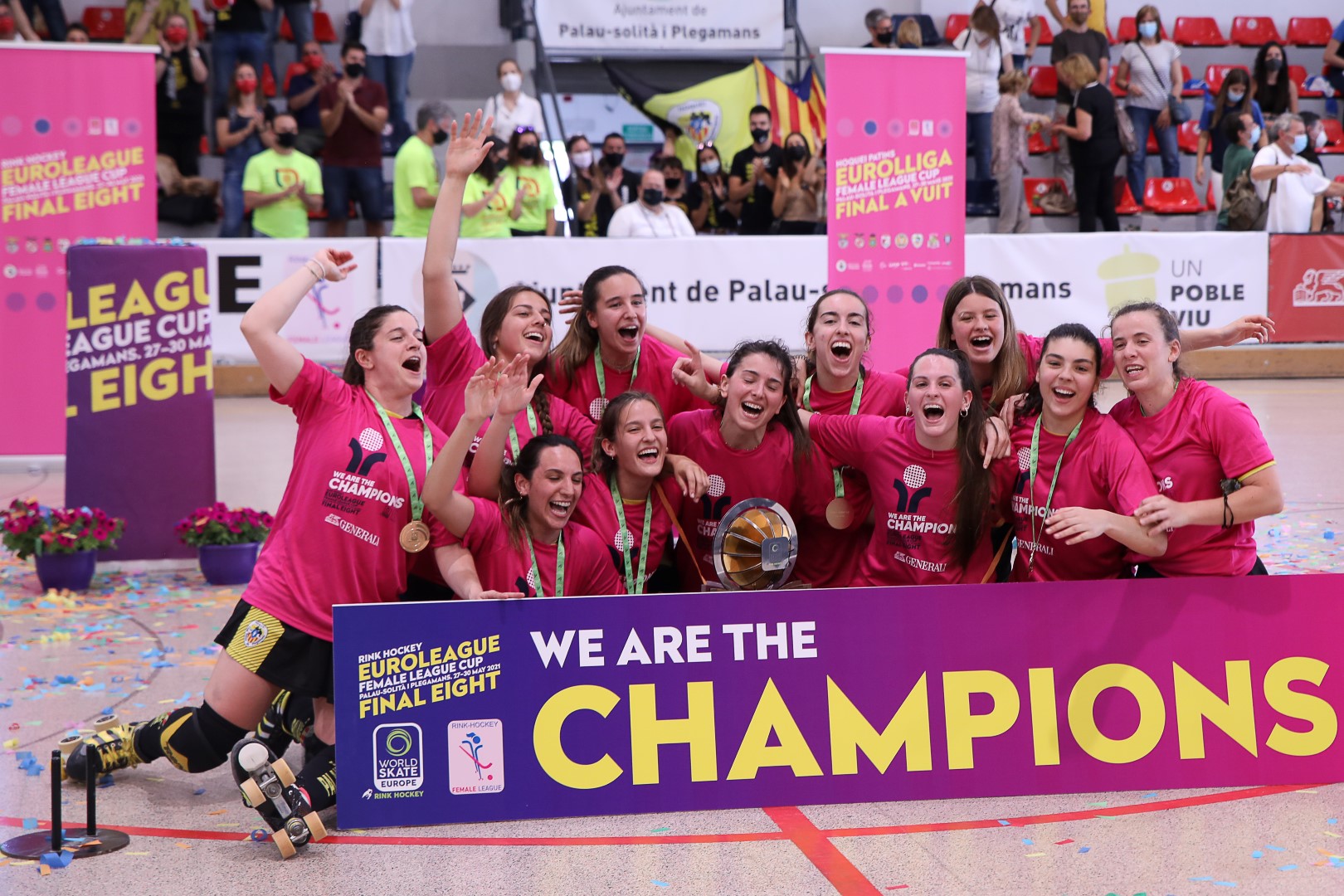 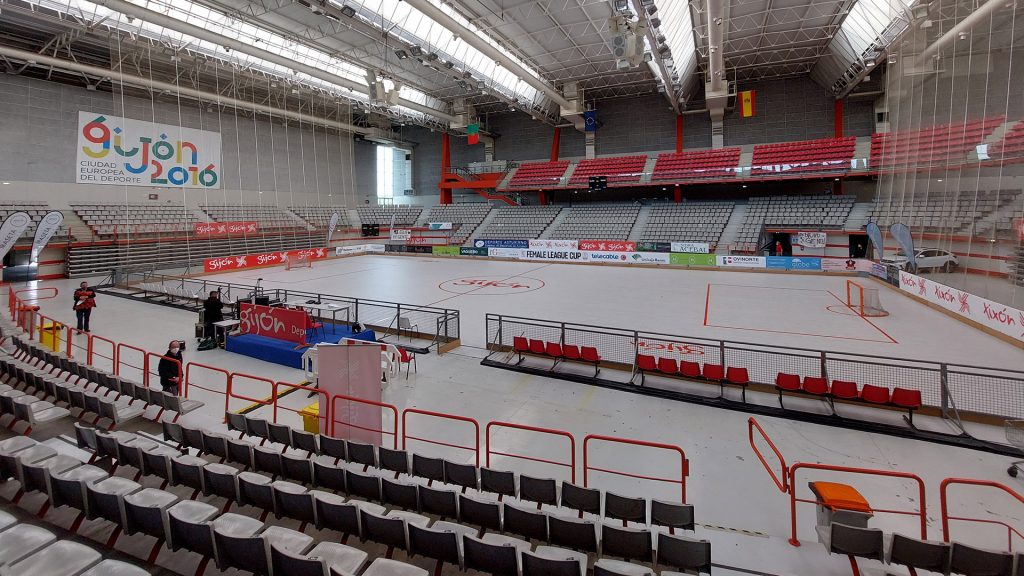 PRESS CONFERENCE
The official Press Conference with the 4 coaches before the Final Four will be planned for Friday 29nd April 2022 at 18:15 (CEST), 17:15 (GMT+1) in the Palacio de los deportes Adolfo Suarez and broadcast live on europe.worldskate.tv

WSE-RH will follow with special coverage on social network and in the section of WS Europe Cup www.wseurope-rinkhockey.org/femaleleaguecup with the official photos of Antonio Lopes.
On our Social Networks will be added special contents from the rink. 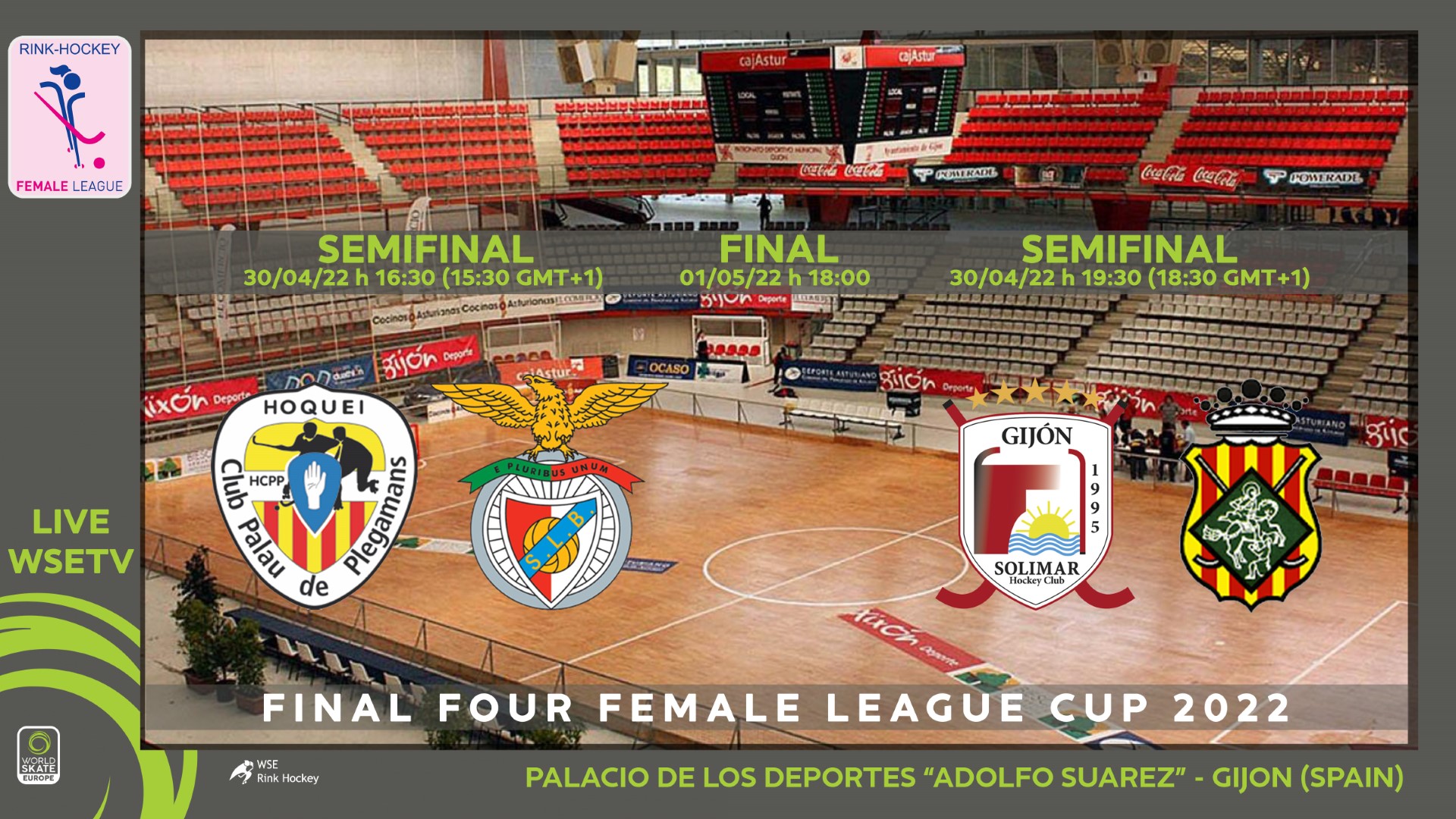 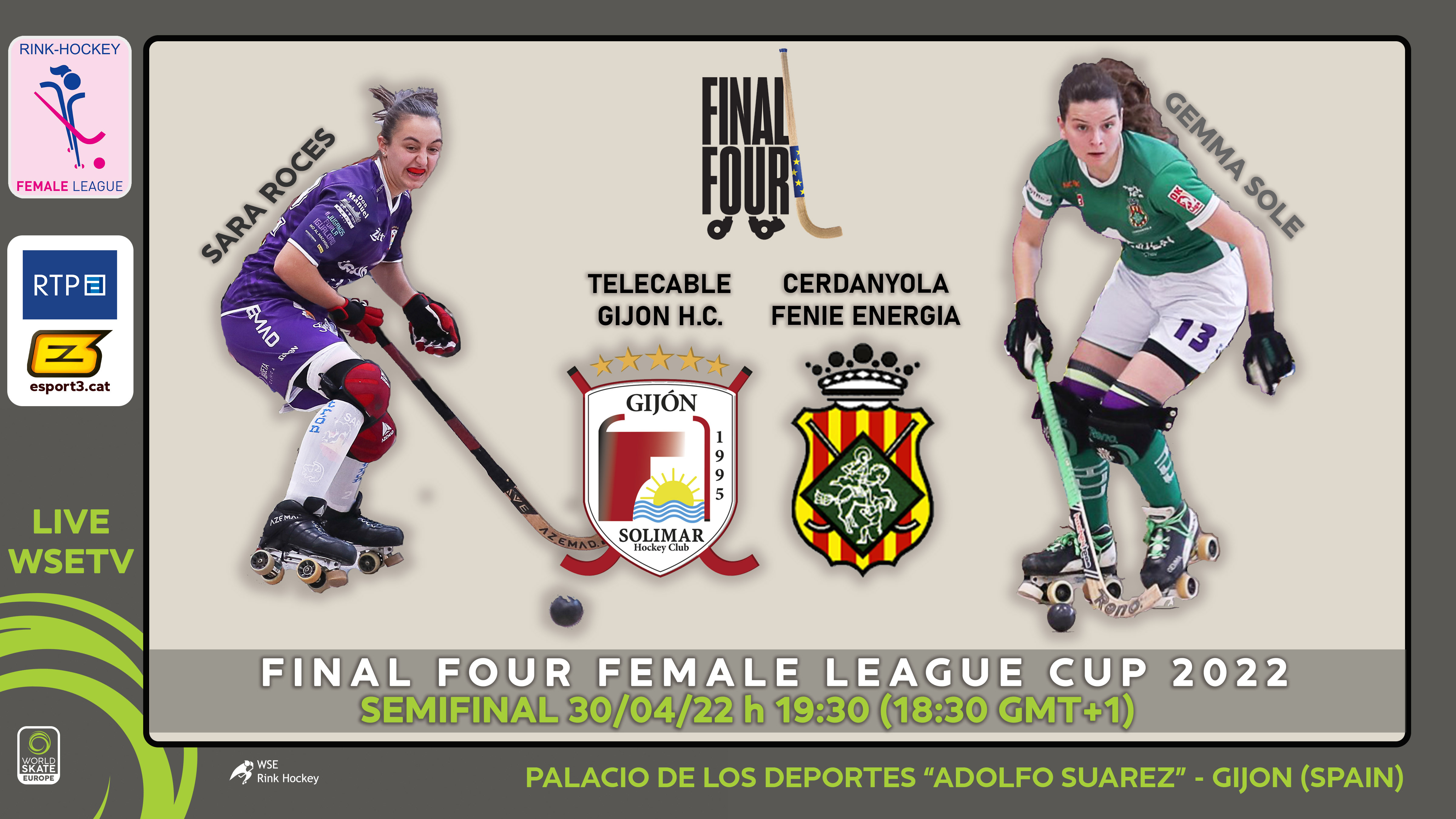 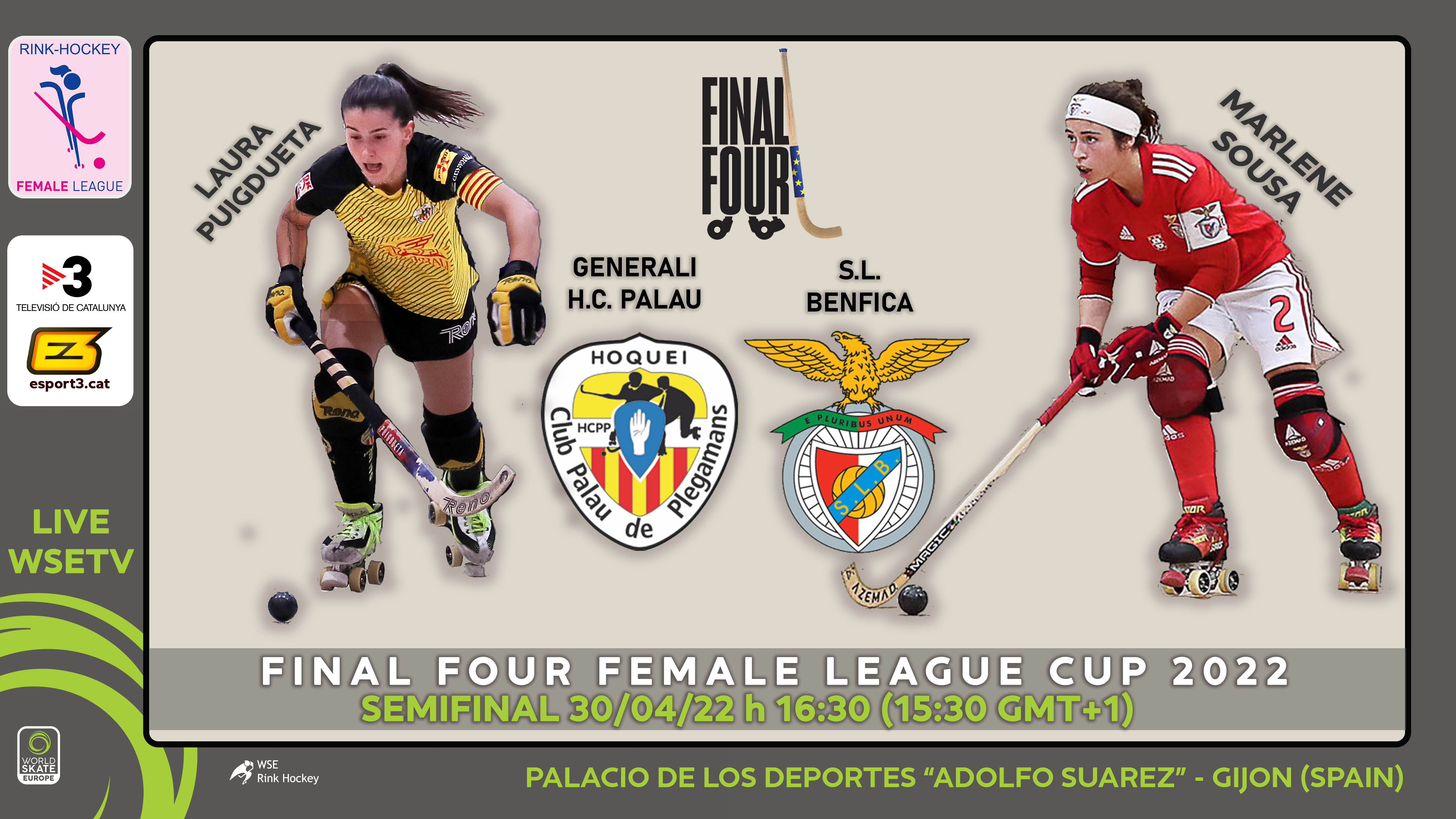 Gijon-Palau the final of the 15th Female League Cup