Generali Palau won the top European women’s title for the first time in its history. A final that was balanced until the home team found the right spaces to get to the goal and then to the final victory. The game was very tactical in the first half: the first goal came only in the 15th minute with Florenza’s goal. Vistos on penalty sets the tie but before the end, Vanessa Garcia manages to carry on her team again. Things changed in the second half because Jaquierz’s team imposed an incredible pace that put their opponents in great difficulty. In two minutes it is already 4-1 thanks to goals from Puigdueta and Fontdegloria. Voltregà tries in every way to pierce the wise defence but failing to get to the shot. In final minutes Palau made it 6-1 to their first Female League Cup, celebrated in front of the public for the first time in Europe. To “virtually” deliver the European Cup to Generali Palau captain Berta Busquets, the President of Catalunya Pere Aragones, together with Chairman World Skate Europe Rink Hockey Agostinho Silva. Also awarded were the two best players Azemad MVP, elected by the accredited press, Laura Puigdueta (best player) and Laura Vicente (best goalkeeper) 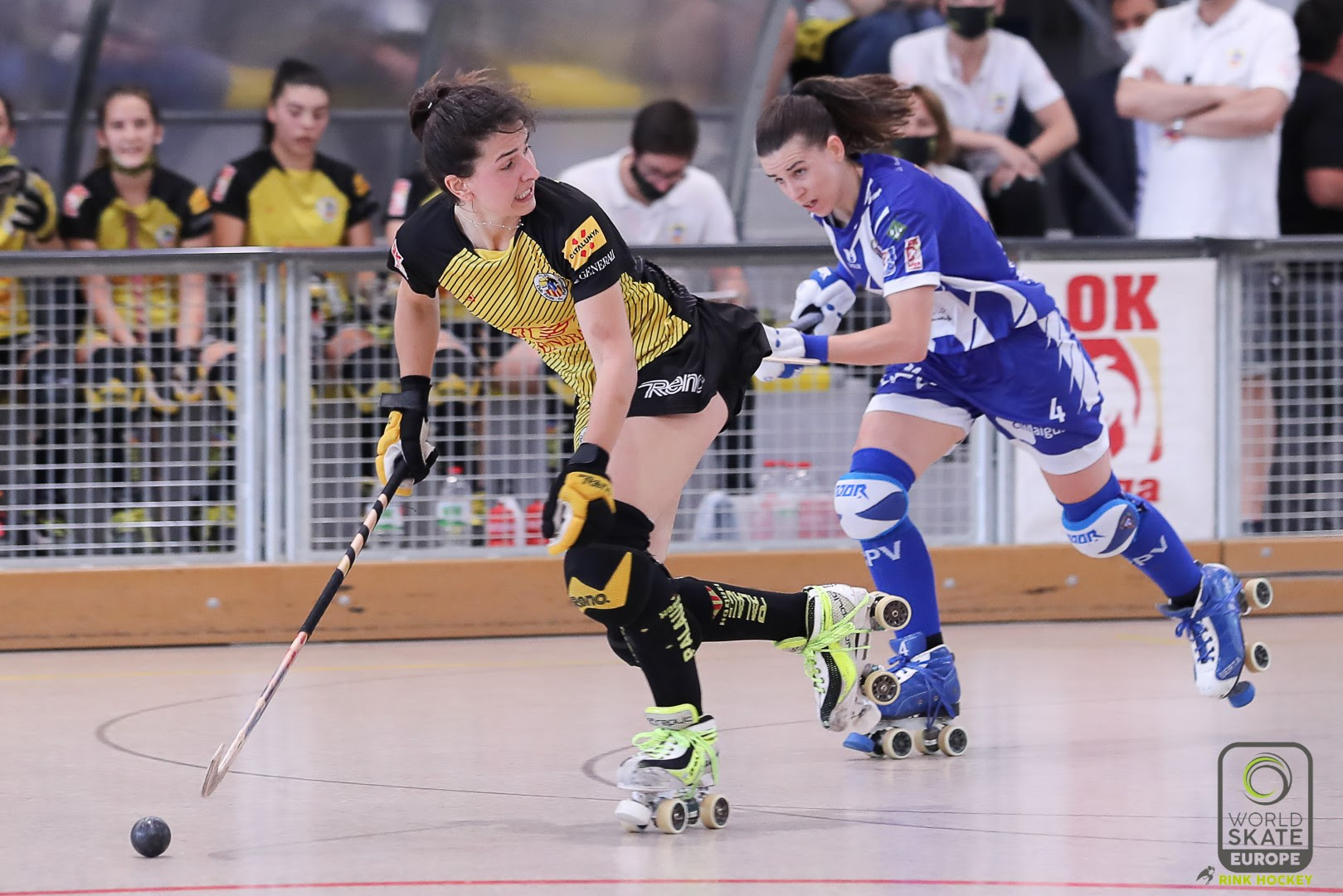 STUFF FOR MEDIA
WSERH gives you the possibility to download and use some photos of each match after the first half time with royalty-free copyright and free use (Credits to “Antonio Lopes / WSE-RH”. PHOTO DRIVE -> http://bit.ly/F8Palau21-Photos
If you need also the official highlights from the matches, we will upload them asap in our webtv (HD file)  – VIDEO DRIVE -> http://bit.ly/F8Palau21-Videos

WSE-RH will follow with special coverage in social network and in the section of WS Europe Cup www.wseurope-rinkhockey.org/femaleleaguecup with the official photos of Antonio Lopes.
In our Social Networks will be added special contents from the rink.

Every Match will be covered from our OFFICIAL LIVESCORING in multi-language with all the official statistics and event during the game.