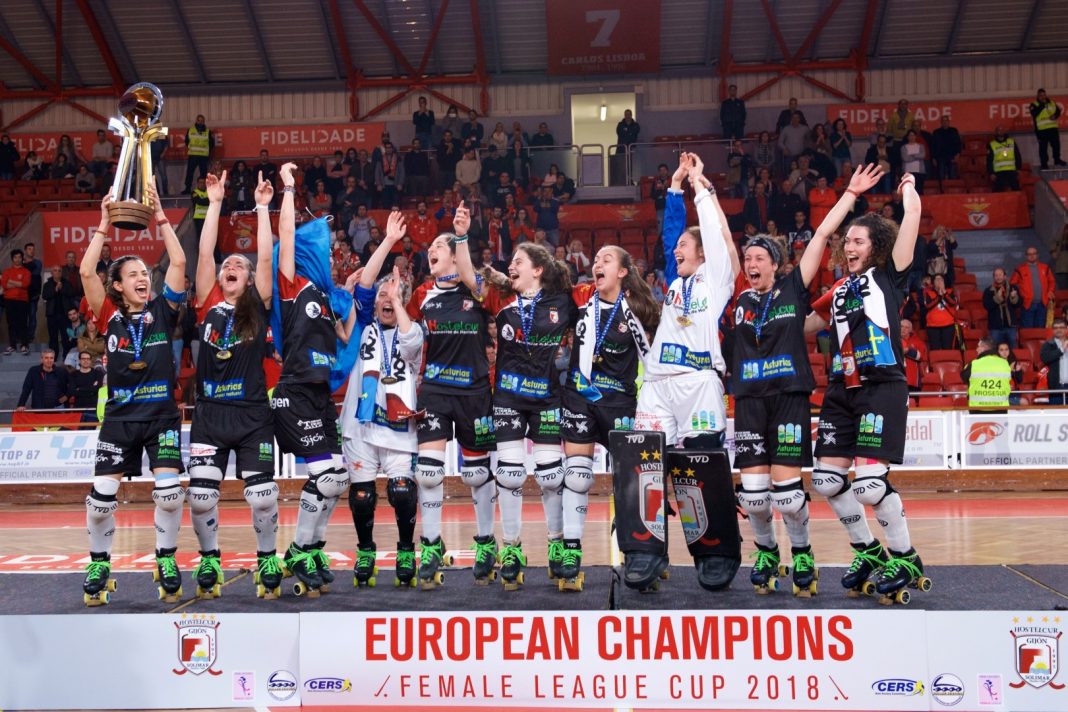 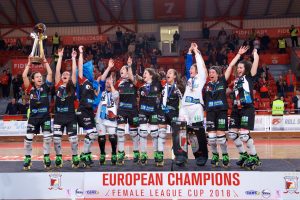 The Hostelcur Gijon Hockey Club conquered the Female League Cup in Lisbon winning 4-3 the final against SL Benfica in front of 2.000 spectators. For the Spanish team is the fifth victory in the most important competition in European Female Rink Hockey after the ones in 2007, 2009, 2010 and 2012. Last year, playing home, Gijon lost the final against CP Voltregà.
The “Fidelidade” sports hall of Lisbon was full of people today: the great majority were supporters of SL Benfica, but 200 came from Asturias for supporting their team.
As for the two semifinals of yesterday, the final too has been extremely balanced. Benfica recovered three times after every goal of advantage made by Gijon. This didn’t happen after the last goal scored by Marta Gonzales; in the last quarter of the game, Benfica attacked continuously without scoring, perhaps paying the hard match won Saturday against the defending champion Voltregà.
So, the most important trophy in Female Rink Hockey remains in Spain for the 11th time over 12 editions and the victory of SL Benfica in 2015 remains unique.