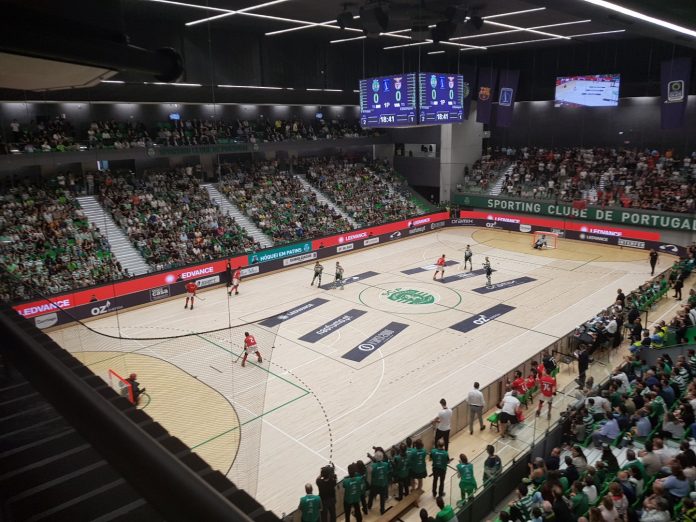 The 39th edition of the Continental Cup Final Four will be hosted by the capital of Portugal,  Lisbon, with the organization of Sporting Clube de Portugal. Lisbon returns to host the Final Four for the second time in only last 4 months. The Final four will be hosted from the Pavilhão João Rocha, after the biggest show ever for our sport in May, where over than 7000 people in two days have applauded the best four team of past season. The venue was builded in 2 years, and inaugurated the 21st June 2017: it’s the third venue that host this formula, after Viareggio (2017) and Barcelos (2018).
Last year the Continental Cup has been won, for the 18th time, from Barcelona in the exciting arena of Barcelos, against Porto: 18 times won by Barcelona, 6 for Liceo, 5 for Igualada, 3 for Benfica and 2 for Noia. Only FC Porto can claim of the victory of this euro-title, in 1987 against Sanjoanense. 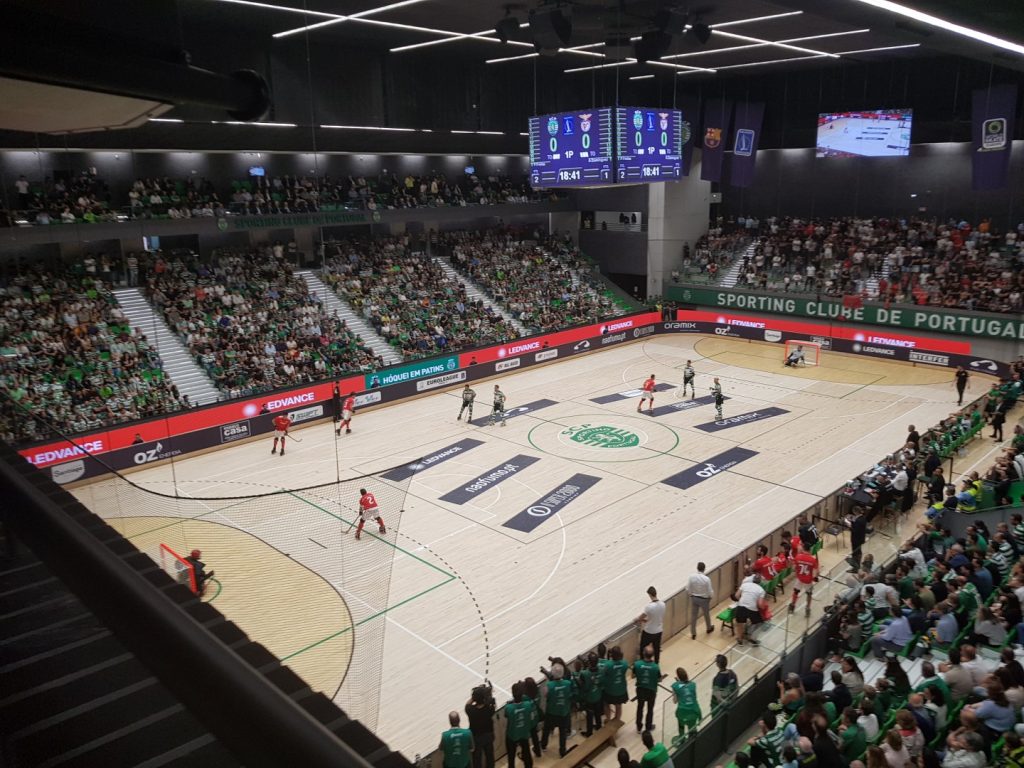 Lleida Llista-FC Porto (13.00h PT, 14.00h CET): first semifinal of the Final Four between the winner of the last WS Europe Cup and the second classified of the last Euroleague. Only one match played against last year in Barcelos in the edition 2018-19, when the portuguese team imposed for 5-3, with 3 goals of Rafa Costa. For Lleida is the second time in a Final Four (never reached a final), instead FC Porto has reached the final in 5 editions, 1 won in 1987 against Sanjoanense, 3 lost against Barcelona (1983, 1984 and 2018), 1991 against Liceo.

Sporting CP-H.Sarzana (16.00h PT, 17.00h CET): second semifinal between the winner of the last Euroleague and the second classified of last WS Europe Cup. An unprecedented comparison between the two clubs, both in the first exit in a Final Four Continental Cup. Sporting has reached the final in four times, all lost: 1982 and 1986 against Barcelona, 1992 against Barcelos and 2016 against Barcelona.

In the last season the best scorers of the 4 semi-finalist teams, was Gonçalo Alves (Porto) with 11 goals, Antonio Perez (Sporting) with 8, Oiorl Vives (Lleida) with 9, Davide Borsi (Sarzana) with 7. 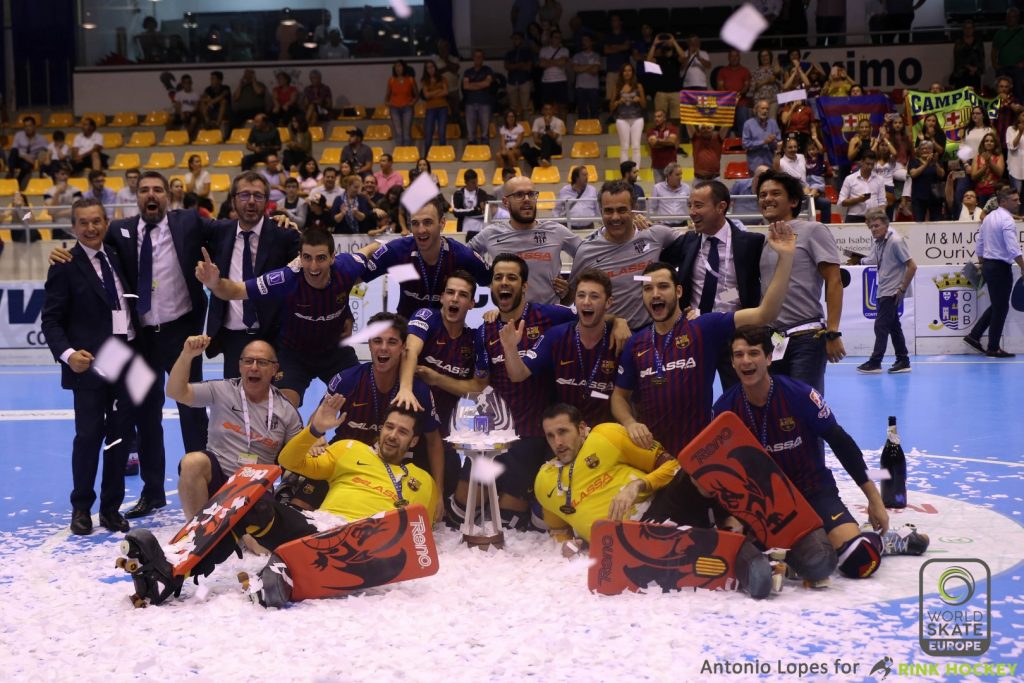 On Friday evening  (19.00 h) in the Auditorium of Pavilhão João Rocha will be the official press conference with the four main coaches of the teams. The event will be recorded live on our webtv www.cers-rinkhockey.tv

All the three matches will be broadcasted live from TVI24, one of the main television of Portugal. All the matches of Sporting CP will be broadcasted on Sporting TV, too. All the three matches we will transmit live on our WEBTV (www.cers-rinkhockey.tv) with the portuguese commentary of Josè Santos. The coverage will be extended with the Press Conferences after the match, available in our webtv or in Youtube channel. After the matches you will find the Highlights in our youtube channel cersrinkhockeytv

WSE-RH will follow entirely the Final Four with a special coverage in social network and in the section of WS Europe Cup www.wseurope-rinkhockey.org/continentalcup with the official photos of Antonio Lopes. 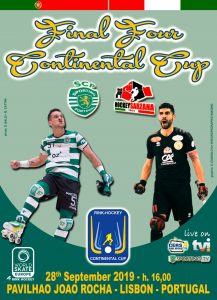 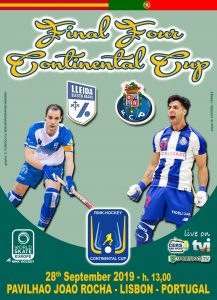