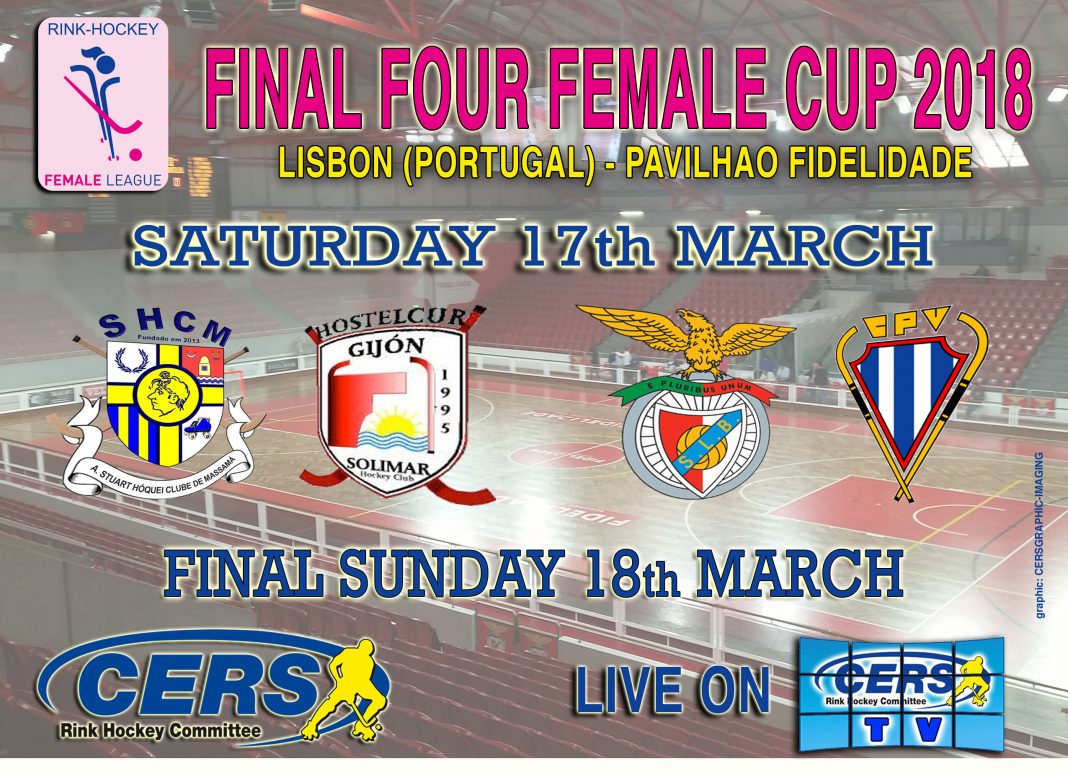 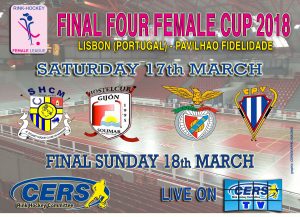 The Capital City of Portugal will host the first Final Four of the season in the home venue of the Sport Lisboa and Benfica.
The Cers Rink Hockey Committee, unanimously chose the proposal of SL Benfica, fully supported by the Portuguese Federation, for the organization of the Female League Cup Final Four.

Two Portuguese and two Spanish teams will participate in the event that will assign the second European Cup of the season, on March 17 and 18.

The semifinals of the Female League Cup Final Four are scheduled on Saturday, March 17 and are:
Stuart Massama (PT) vs Gijon HC (SP)
SL Benfica (PT) vs CP Voltregà (SP)
The Final will be played on Sunday, March 18
The timing of each match will be defined during the next days.
Every match of the Female League Cup Final Four will be broadcast live on CERH TV.