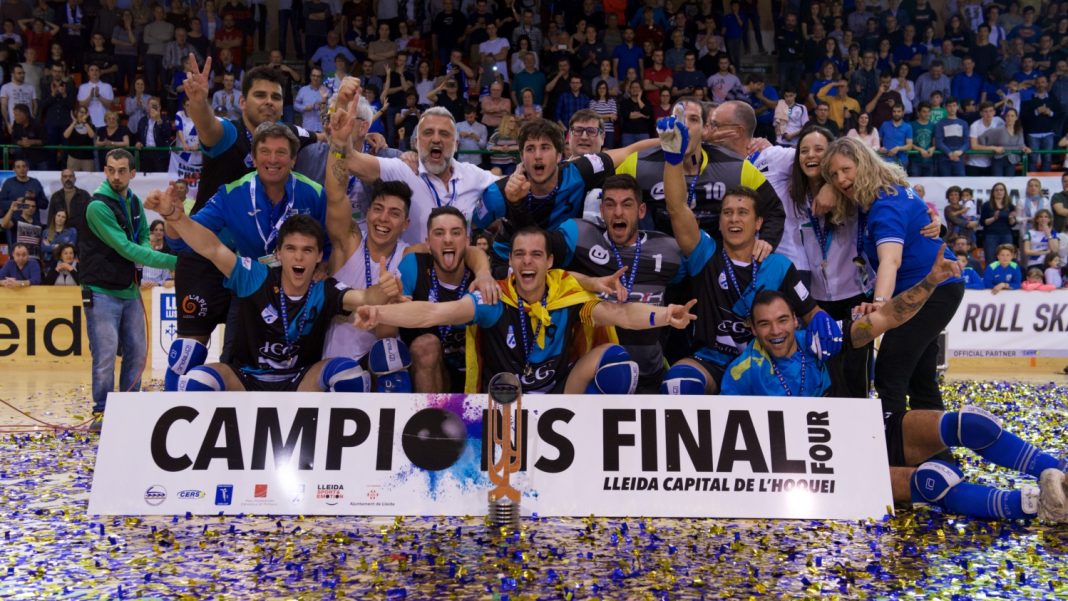 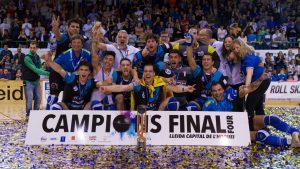 The Cers Cup goes to Lleida Lista Blava. The home team conquered the trophy for the first time in its history after a great comeback over the defending champion OC Barcelos.
The final was played in a sold-out sports hall, full of supporters of both teams.
During the first part of the match, Barcelos led the game but scored only one goal with Guimaraes, who shot to the cage few seconds after entering the rink.
In the first minutes of the 2nd half, Barcelos doubled with Almeida. When the Portuguese team seemed very near to a historic third victory in a row, the game suddenly changed. The Lleida’s captain Andreu Tomas halved the gap scoring a penalty (his teammate Gimenez had failed one at the beginning of the 2nd half). Barcelos’ players became increasingly nervous and Lleida tied the game when Costa got a blue card for protests and Gimenez transformed the following direct shot. Before the end of the regular time, Lleida wasted a great opportunity to win the game when Gimenez didn’t transform the direct shot for Barcelos’ 10th foul
With the game locked on 2-2, the extra time passed without goals and the Final went to penalties where the only goal, the 10th and last, was scored by Creus for all Lleida’s supporters.