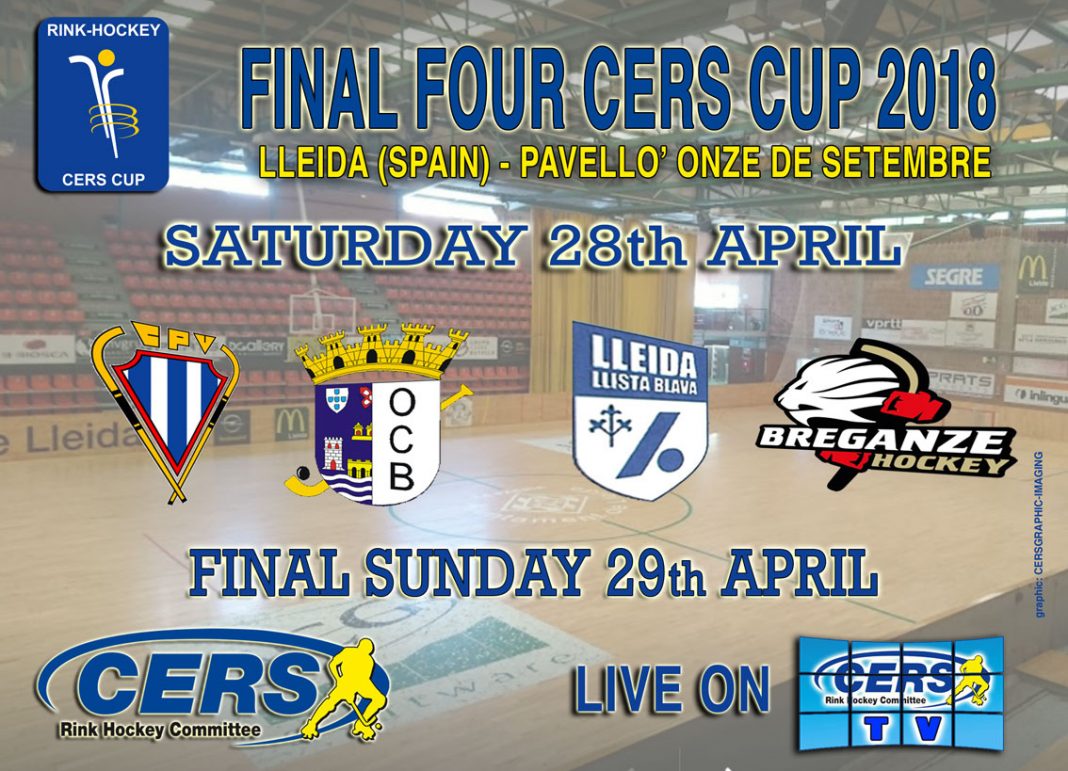 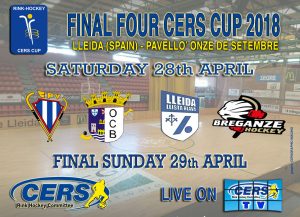 The Catalan city of Lleida will host the Final Four of Cers Cup during the last week of April.
The Cers Rink Hockey Committee, unanimously chose the proposal of CE Lleida Lista Blava, fully supported by the Spanish Federation, for the organization of the Cers Cup Final Four.

Two Spanish teams, one from Portugal and one from Italy will participate in the event that will assign the third European Cup of the season, on April 28 and 29.

The semifinals of the Cers Cup Final Four are scheduled on Saturday, April 28 and are:
CP Voltregà (SP) vs OC Barcelos (PT)
Lleida LLista Blava (SP) vs Hockey Breganze (IT)
The Final will be played on Sunday, April 29.
The timing of each match will be defined during the next days.
Every match of the Cers Cup Final Four will be broadcast live on CERH TV