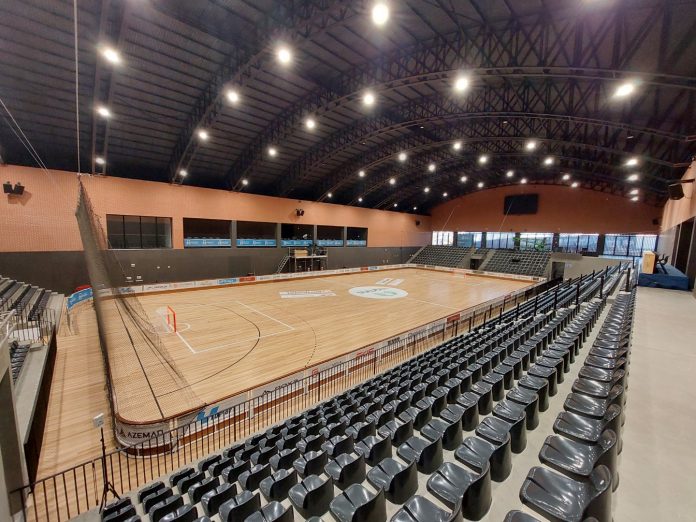 Everything is ready in Paredes to welcome the six national teams that will be part of the 54th edition of the Senior Men European Championship. From this afternoon all six national teams will be on rink to test the floor of the brand new facility, inaugurated in September with the European Youth Championships: From 16:00 hour France, Italy, Andorra, Spain, Germany and Portugal. Tomorrow, however, the start of the official competitions with the first Italy-France at 15:30 hour (local), at 18:30 Spain-Andorra and at 21:45 Portugal-Germany. Until Friday the all-against-all qualifying phase, Saturday the finals according to the ranking of the group with the final at 20:00.

An edition 54 that was to be the confirmation of the amazing edition 53 in Spain (A Coruna), with 11 teams. France with the candidacy of the VendeSpace venue in La Roche sur Yon, had already begun to organize the 54th edition and 10 teams had registered. It was February 19, 2020 a few weeks after the lockdown due to the Covid-19 Pandemic that blocked all of Europe and the whole world for at least three months. Given the conditions, no competition could be played in 2020, with the final block in April 2020. The will was to move all the appointments in 2021 but in November 2020, the Federation French FFRS, gave up the organization. It was a winter of re-organization where the Portuguese Federation FPP decided to organize all the European competitions for nations, Senior Male in Paredes, Under 17 and Under 19 together in September in Paredes, Senior Female in Luso, Under 17 Female Tournament in Luso. The first dates set were 22-28 August 2021 but several nations asked to move it because there was no possibility to prepare it to the fullest, as many nations have never trained until late spring from that March 2020. The unanimous choice to move it to November, in the midst of the national activities that until now, are taking place regularly.

An edition that will decree its winner on Saturday night and sees in pole position always the two queens of the European rink hockey scene, Portugal and Spain. In recent years, the senior men’s competitions have been divided: Portugal winner of the World Roller Games in Barcelona (World Roller Games 2019) and Spain the last European in A Coruna (2018). In the last World Championship, however, Spain finished third against the Portuguese first place, with the direct clash won 4-2 in overtime by the Lusitanians in the semi-final. The hosts are the obligatory favourites, also because there have been very few changes compared to the world title team, while Spain is experiencing a phase of change with a new coach who however knows Portuguese hockey very well. Behind them, there are two national teams that are clamouring and that are looking to break down the two greatest powers: first of all Italy that presents itself with a new coach and a consolidated team with some experiences abroad, while France continues its path of maturation of its young people with the same players of the last five years and increased competitiveness. Germany and Andorra thanks to their tactical organization will try to ruin the plans of these four teams, committed to consolidating their young group of athletes and perhaps taking away some satisfaction against the other competitors.

A European that will review the three main nations, Portugal, Spain and Italy have a first level live television coverage. Portugal will have live matches of the Rink Hockey national team on the first national channel RTP1 with broadcasts also on RTP International and RTP Africa. Spain with the dedicated sports channel of the TVE group, Teledeporte, and Italy with the dedicated sports channel of the RAI group, Rai Sport. In addition, the classic streaming of The World Skate Europe in the new European WEBTV platform where the matches in Portuguese and Spanish will be commented. Many journalists and newspapers are present, in a “Pavilhao Multiusos de Paredes” that can hold 1200 people, which will be the real restart for our discipline with the warmth of the public that only a few sports can give, and Rink Hockey is one of these.

In the photo Pavilhao Multiusos de Paredes, ready for the European Championship

LIVE STREAMING COVERAGE
The WEBTV of World Skate Europe. will be broadcasted by http://europe.worldskate.tv with the portuguese voice of Josè Santos and the Spanish voice of Adrian Dolz. After every match will be broadcasted live also the press conferences in the same feed of the game.
After the matches, you will find the Highlights in our WebTV and also in our new Youtube Channel https://www.youtube.com/c/EURORINKHOCKEYTV

SPECIAL COVERAGE FOR WSEUROPE-RINKHOCKEY WEBSITE
WSE-RH will follow with special coverage in social network and in the section of two European championships www.wseurope-rinkhockey.org/eurom and the official photos of Antonio Lopes. In our Social Networks will be added special content from the rink.

STUFF FOR MEDIA
WSERH gives you the possibility to download and use some photos of each match after the first half time with royalty-free copyright and free use (Credits to “Antonio Lopes / WSE-RH”. PHOTO DRIVE -> http://bit.ly/okeuro2021-Photos
If you need also the official highlights from the matches, we will upload them asap in our webtv (HD file)  – VIDEO DRIVE -> http://bit.ly/okeuro2021-Videos 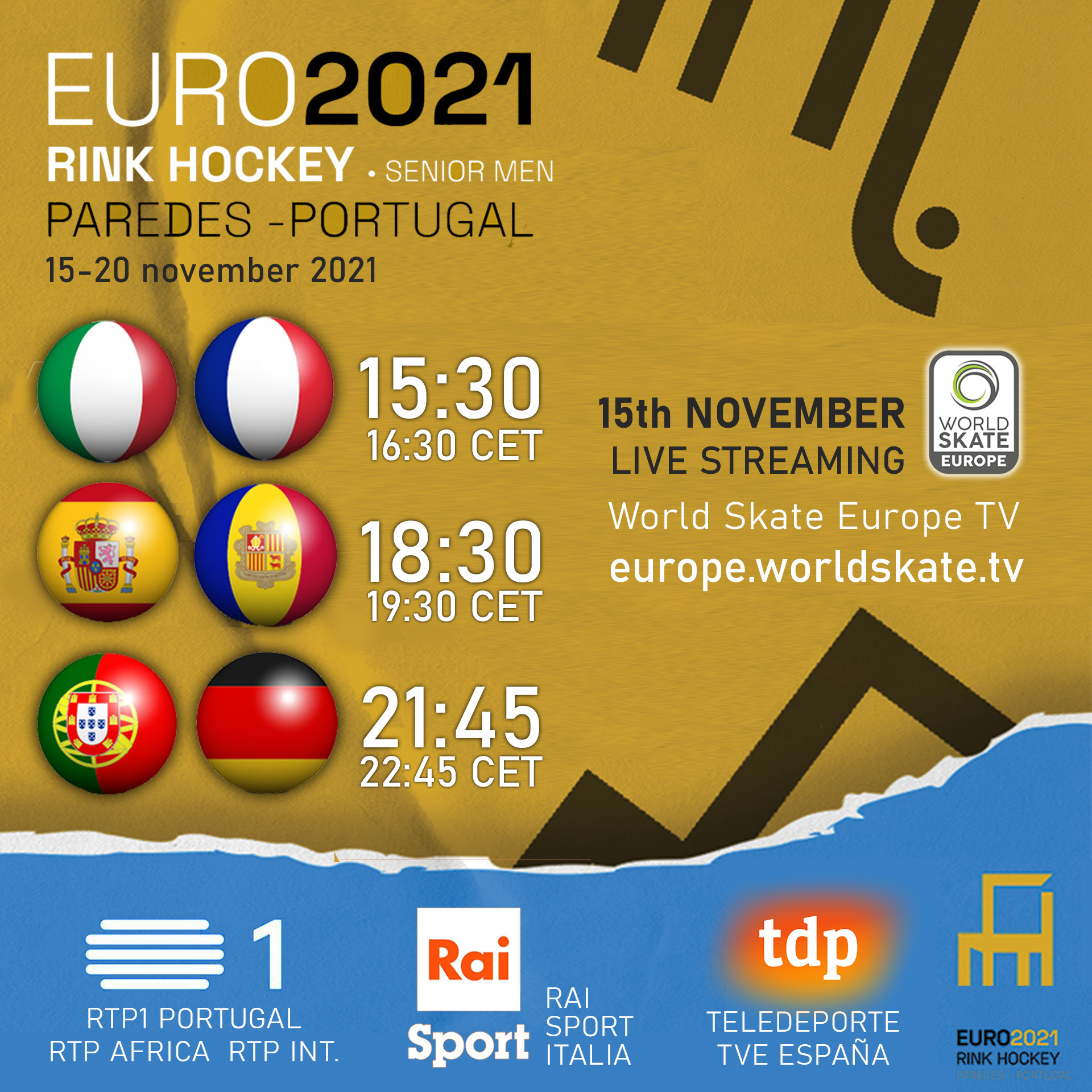