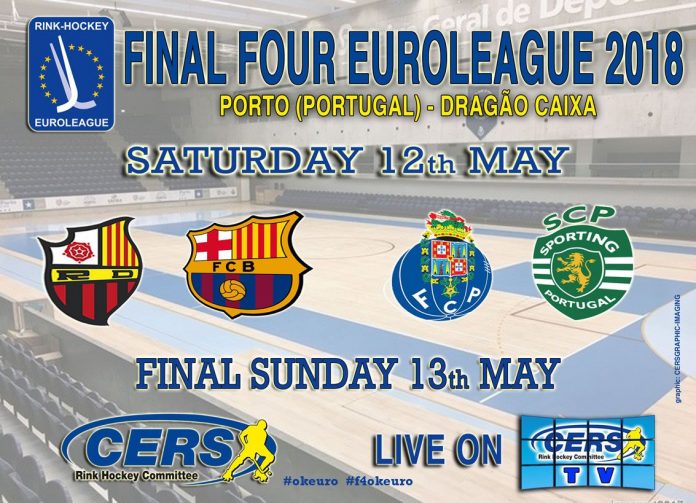 The Portuguese city of Porto will host the Final Four of The Male Euroleague scheduled on May 12 and 13.
The Cers Rink Hockey Committee, unanimously chose the proposal of FC Porto for the organization of the Final Four, preferring it to the one submitted by Sporting Club de Portugal.

Two Spanish and two Portuguese teams will participate in the most important event of the European Cups season, on May 12 and 13 at the Dragao Caixa.

The semifinals of the Male Euroleague Final Four are scheduled on Saturday, May 12 and are:
Reus Deportiu (SP) vs FC Barcelona (SP)
FC Porto (PT) vs Sporting CP (PT)
The Final will be played on Sunday, May 13.
The timing of each match will be defined during the next days.
Every match of the Male Euroleague Final Four will be broadcast live on CERH TV. 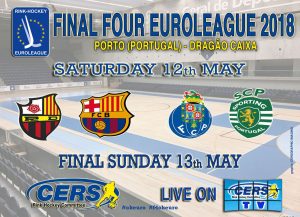 An official.communication will be published in next hours.