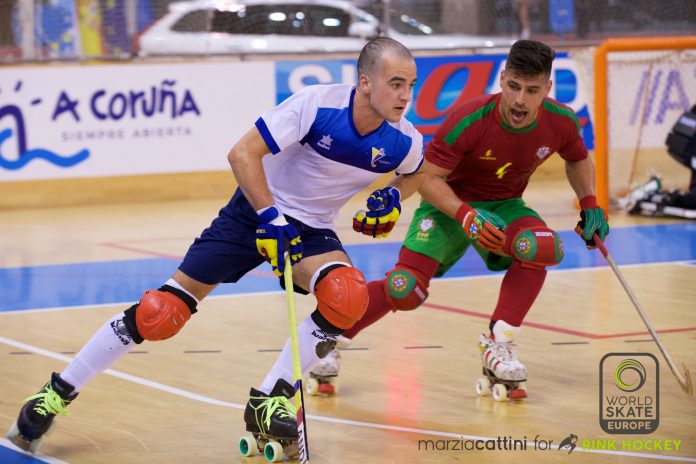 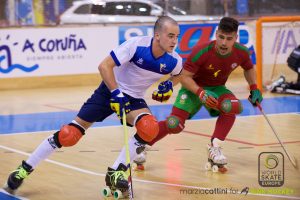 After the large victory of Spain against England on Saturday night, Italy and Portugal did the same tonight during the second day of the European Championship of Rink Hockey. Germany and Switzerland reported significant victories too against Netherlands and Austria.

GROUP A
In the second game of the day, Switzerland won 5-1 over Austria and got three important points to access the quarterfinals. At night, the second day of the championship closed with the large victory of Portugal with Andorra. The final result says 11-0 with 6 goals scored by Joao Rodrigues.

GROUP B
Italy replied to Spain with a stunning victory over Belgium. The game ended 24-0 and almost every Italian player scored: Verona, Cocco and Ambrosio were the best scorers with 5 goals each. Belgium, back to the Championship after 22 years, made a new record: Serge Berthels, who played a lot along the game, is the older player that has ever played in a European Championship, being 53 years old.
In the other game of the group, Germany suffered during the 1st half with Netherland, then won 5-1 is first game.