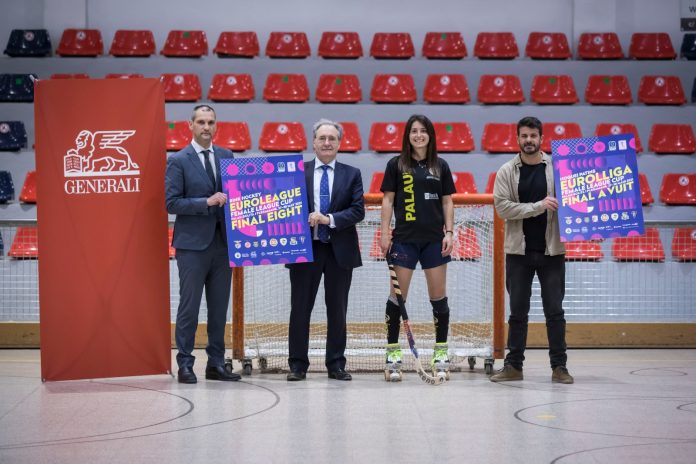 The mayor of Palau-solità i Plegamans, Oriol Lozano, the president and captain of the Generali HC Palau, Joan Colomer and Laura Puigdueta, have presented the official poster of the Final to Eight of the Women’s Roller Hockey Euroleague. The tournament will take place in the town between May 27 and 30 and will bring together the eight best teams in Europe. The organization of the final is in charge of the host team and the consistory, after the
World Skate Europe so determined at the end of March. The poster, with modern and very linear lines, presents the name and dates of the competition on two sticks facing
each other. The circles and round shapes evoke both the ball and the wheels of the skates. A trellis inspired by the net of the goals and the protection of the court complete the framework of the drawing, made in blue and lilac, to avoid the typical colors associated with women’s sports. There is no lack of the shields of the eight participating teams, and the reference to the organization and sponsorship of the tournament.
For the mayor of Palau-solità i Plegamans, Oriol Lozano, “this final is a unique opportunity to reaffirm our commitment to women’s sport. For four days we will be the European capital of women’s hockey, with all that this implies; both for the sporting level of the event as well as the claim towards gender equality that is implicit in it”.
The president of the host club, Joan Colomer, spoke in the same vein, who wanted to thank in advance for all the effort that the club’s members and volunteers are making to organize the event. “We want the final to be an example of organization and spectacle, and that it serves to promote women’s sport in general, and hockey in particular, until it is equated with men’s”, explained Colomer.xx\
For her part, the player Laura Puigdueta, sent a message to all sports lovers, “come and see us, that this weekend the best hockey players in Europe will be here and it is a unique opportunity to enjoy this sport”. “Any team can win, and this will make the show guaranteed”.
The eight teams participating in the Final a Eight are Telecable HC (Gijón), Benfica, Campo de Ourique and Astro Stuart HC (all three from Lisbon) and the Catalans CP Voltregà, CP Manlleu, Cerdanyola HC as well as the Generali HC Palau. The quarter-final crosses are already determined and will be played on Thursday 27. The first match will be played by Telecable HC and Campo de Ourique (14.00), followed by Cerdanyola HC against CP Manlleu (16:00), after Benfica against CP Voltregà (18.00) and the qualifying round will be closed by the match between Astro Stuart xcHC and Generali HC Palau (20.00). 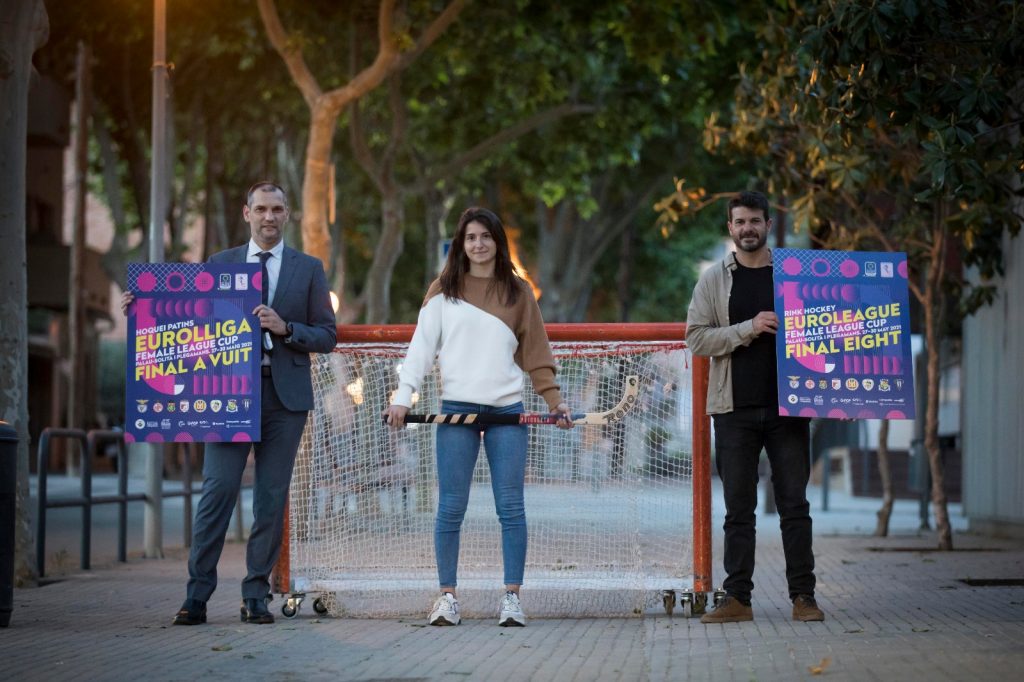 GENERALI sponsors the European Women’s Hockey Final, to be held from May 27 to 30, in Palau-solitá i Plegamans.
The Catalan town council and the host club, the Generali Palau, have expressed their satisfaction with this collaboration with GENERALI, also given the fact that the insurance company is also the sponsor of the Generali Palau since 2014.
Javier Aguirre de Cárcer, Communication Director of GENERALI Spain affirms that “this new opportunity allows us to continue demonstrating our unconditional support for women’s sport, which, with the passing of the seasons, is gaining more and more fans. We are very proud of the great work carried out by the Generali Palau players and of being part of their deserved successes”.
In this way, GENERALI reaffirms with this new sponsorship its commitment to women’s sport in which, in addition to the consequent financial contribution, the insurer assumes the management and coverage of risks necessary for the organization of the final. 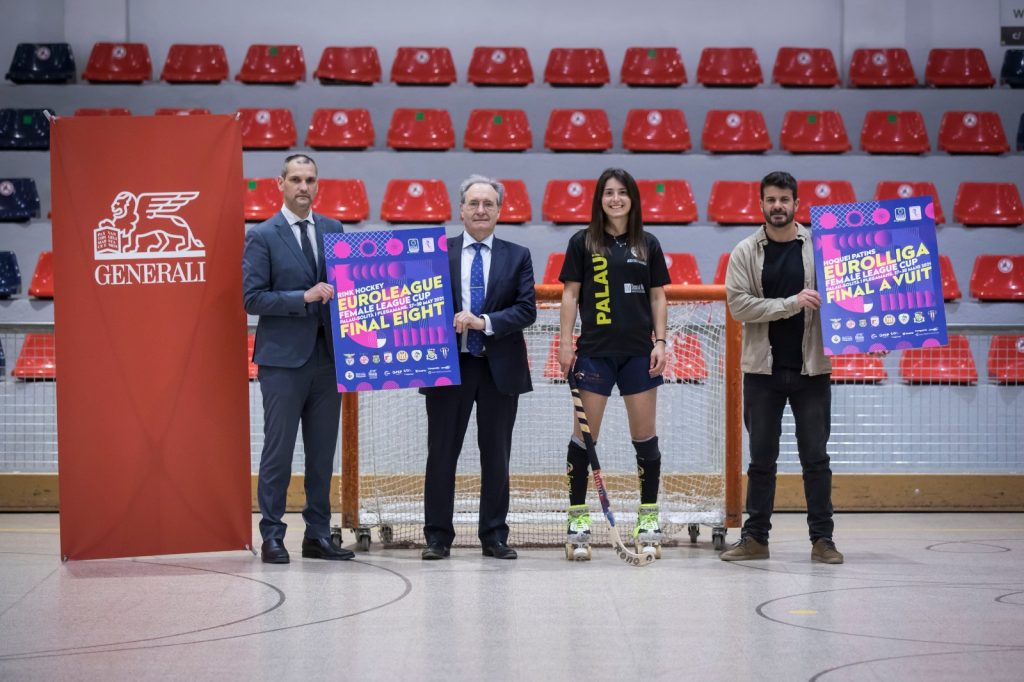