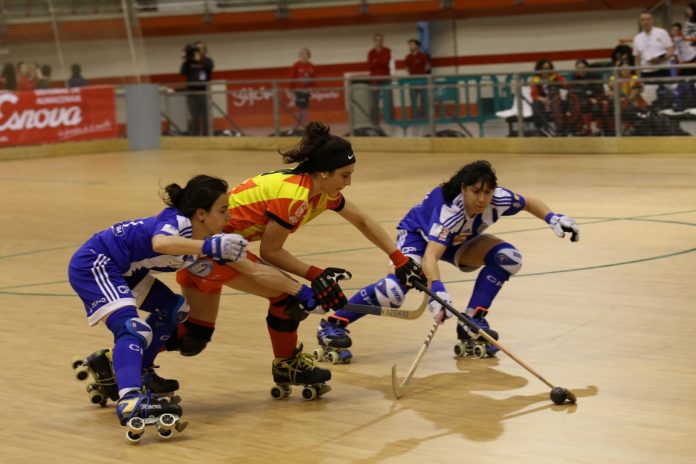 The 13th edition of the Female League Cup Final will be hosted by the city of Manlleu, with the organization of Pati Club Manlleu. It is the third time that a Final Four will be played in the Pabellon Municipal d’Esport of Manlleu (550 seats), in the heart of the Catalunya region. In all the two final hosted, the home team didn’t win: in 2014-15 Benfica won against Coutras (France) for 5-2 and in 2015-16 the home team was defeated in an amazing match in the penalty shots for 6-5 from Voltregà. The Final Four is played in Spain for the 7th time, 4th in Catalunya. CP Voltregà won 5 times the Female League Cup (2008, 2011, 2013, 2016, 2017) as Gijon, but the Asturian team didn’t qualified again to the final phase, because was defeated in Quartersfinal by Manlleu. Three the catalans teams and one the german team, are the qualified for the 13th Final Four: in the last 4 years all the teams qualified were iberian.

The first semifinal will be the most interesting of the F4: Manlleu-Plegamans, the first against the second of “Ok Liga Femenina” Championship. In the last match played against (Feb 2, 2019), Plegamans already won in the Pabellon Municipal d’Esport for 2 goals to 1. Two winning goals scored from one of the youngest player of the game, Aina Florenza (17 years old), instead for Manlleu has scored one goal, the best scorer from 2012, Maria Diez. The home team has three players European and World Champions, Diez, Casarramona, Barcons, instead Plemagans row two, Vicente and Puidgueta. The two teams of the second semifinal, Voltregà-Iserlohn, has already played against one year ago in Female League Cup, the only one recent match. In that game Voltregà won for 3-2 in the 2nd Leg of Quartersfinal after an intense 4-4 in the 1st Leg in Sant Hipolit. The matchwinner in that occasion was Aina Arxe, now a Benfica’s player, but the top scorers in the total 100 minutes played, were Lee, Gutierrez and Barcelò (2 scores each). For the germans signed Wichardt (3) and LaRocca (2), both of the German National team, together with Franziska and Katharina Neubert and Runge. In this season the best scorers of the 4 finalist teams, was Maren Wichardt with 11 goals, Nara Lopez (Manlleu) 9 and Aina Florenza (Plegamans) 8. 25 instead are the goals scored by Maria Diez (Manlleu) in the OK Liga Femenina Championship, 21 for Aina Florenza (Plegamans). 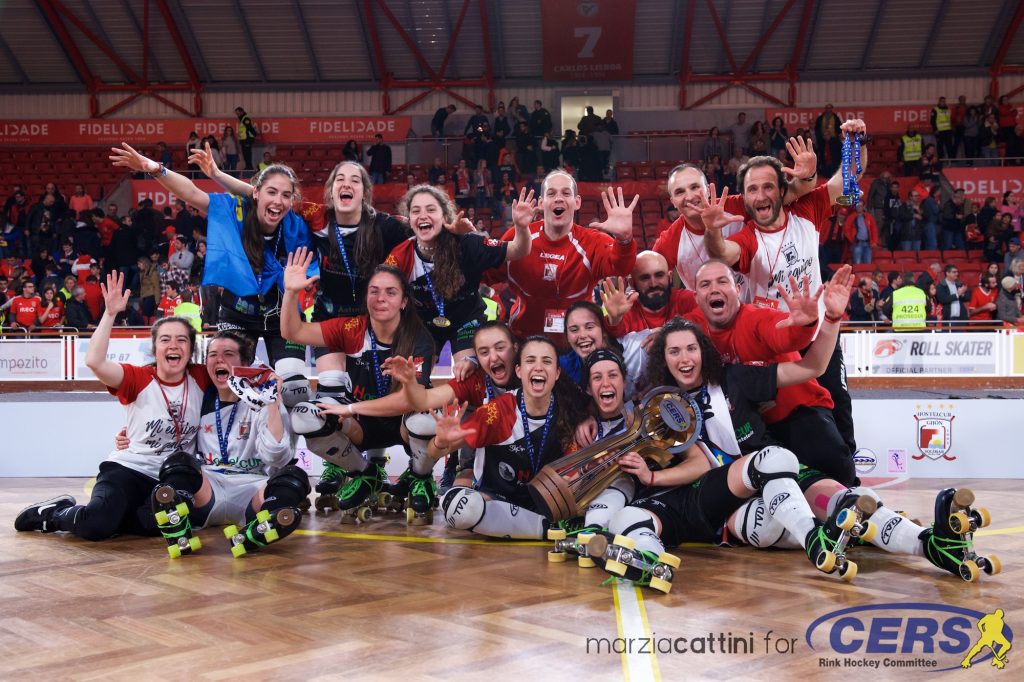 SATURDAY NIGHT VALDAGNO-VIAREGGIO
On Saturday night (20.45 h) will be played also the last match of quarterfinals of WS Europe Cup. The italian derby will decide the last participate team of the Final Four: The 1st leg terminated 5-5. Live event in our webtv www.cers-rinkhockey.tv and on MediaSportChannel (814 Sky Italia)

OFFICIAL PRESENTATION OF FINAL FOUR FEMALE LEAGUE CUP
On Friday evening (18.30 h) in the City Council of Manlleu (Spain) will be the official presentation of the Female League Cup Final Four with the four main coaches of the teams.

On Saturday morning will take place the “training sessions” for adaptation to the rink by the following participating teams:

All the three matches will be broadcasted from TV3 Catalunya in the channel Esports3. Local accreditated television EL NOU will transmit it too. As always, we will trasmit live on our NEW WEBTV (www.cers-rinkhockey.tv). The coverage will be extended with the Press Conferences after the match, available in our webtv or in Youtube channel.

WSE-RH will follow entirely the Final Four with a special coverage in social network and in the section of Female League Cup www.wseurope-rinkhockey.org/femaleleaguecup with the official photos of Marzia Cattini.