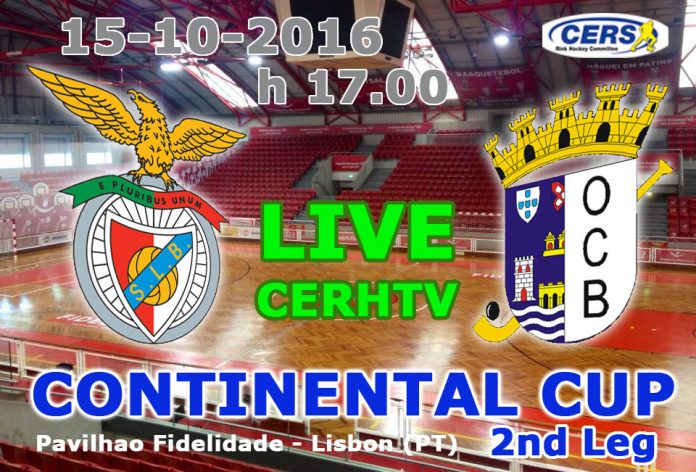 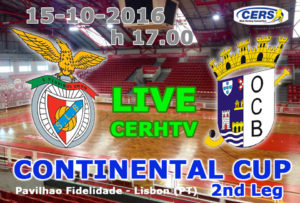 Saturday, October 15, at 5.00 PM WET live on CERH TV and TVI24, the winners of the last Euroleague and Cers Cup will play the 2nd and decisive game of the Continental Cup.

The European Rink Hockey prepares to assign the first title of the 2016/17 season. Saturday from 5.00 PM CET, SL Benfica and OC Barcelos will face in Lisbon for the second and decisive game. The game will be broadcast live in Portugal by TVI24 and all over the world by Cerh TV (www.cerh.eu)
Last Saturday in Barcelos, the team coached by Joao Freitas got a minimum advantage, winning 5-4 the 1st leg. Now SL Benfica, in its own rink where won the Euroleague four months ago, has to prevail in the second game with two goals to win the title; OC Barcelos will win the Continental Cup if it wins or ties the game. If the game ends with SL Benfica winning with only one goal, there will two 5-minutes extra times (with the golden goal) and, possibly, the penalties.
The referees appointed for the final of the Continental Cup are Oscar Valverde and Sergi Mayor from Spain. The start time of the game is at 5.00 PM WET (Portuguese local time).