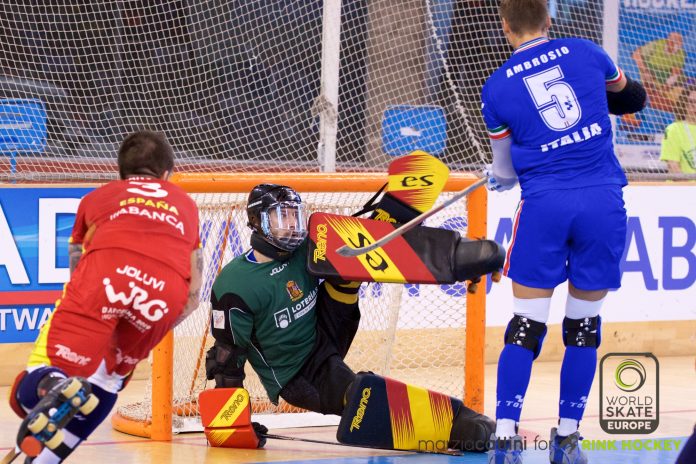 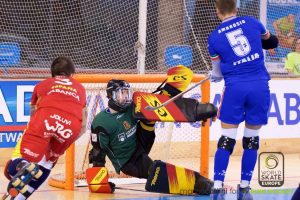 GROUP A
Portugal performed an incredible come back over France to win the group. The French team played one of its best game ever and arrived just a step away from a historic result. France was leading 4-1 during the second half before Portugal remount, closed by the victory goal (5-4) scored a minute to the end.
In the afternoon, Andorra won 6-0 and qualified as third of the group, letting Switzerland get the 4th place.

GROUP B
Spain won the group by winning the game against Italy 2-0. It wasn’t easy for the home team to get the first place. Sergi Fernandez, the Spanish goalie, had a lot to do, particularly when Spain remains with only three players for two minutes. His saves were determinant to keep Spain ahead 1-0 and then double during the 2nd half.
The third place of the group goes to Germany that won 8-4 the head-to-head match against England. The first victory (10-5 over Belgium) was not enough to Netherlands to avoid the round from 9th to 11th place with Belgium and Austria.

QUARTERFINALS AND 9th TO 11th ROUND
Starting from Friday, the Championship will be divided into two parts. The best eight teams will play in a knock-out tournament to determine the winner and all the position from the 1st to the 8th; in this games, extra times and penalties will be used in case of a draw.
Netherlands, Belgium and Austria will play e league group to determine the places from 9th to 11th.