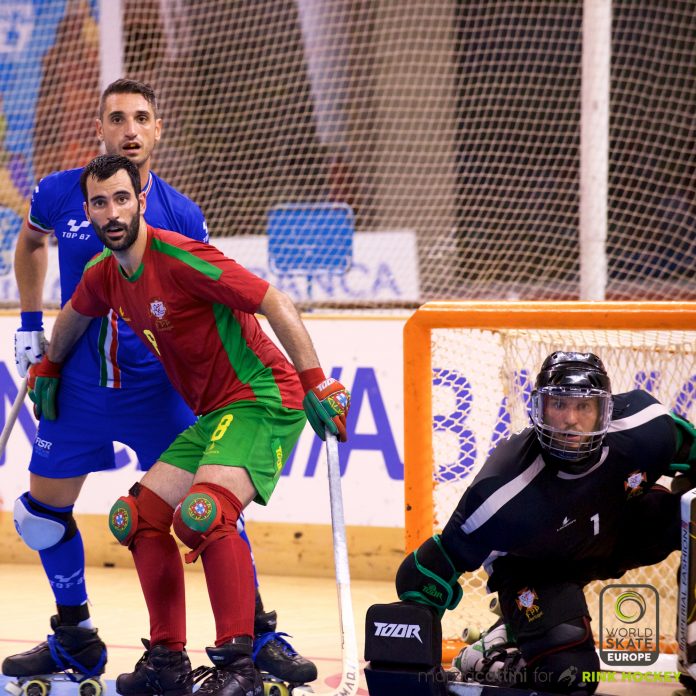 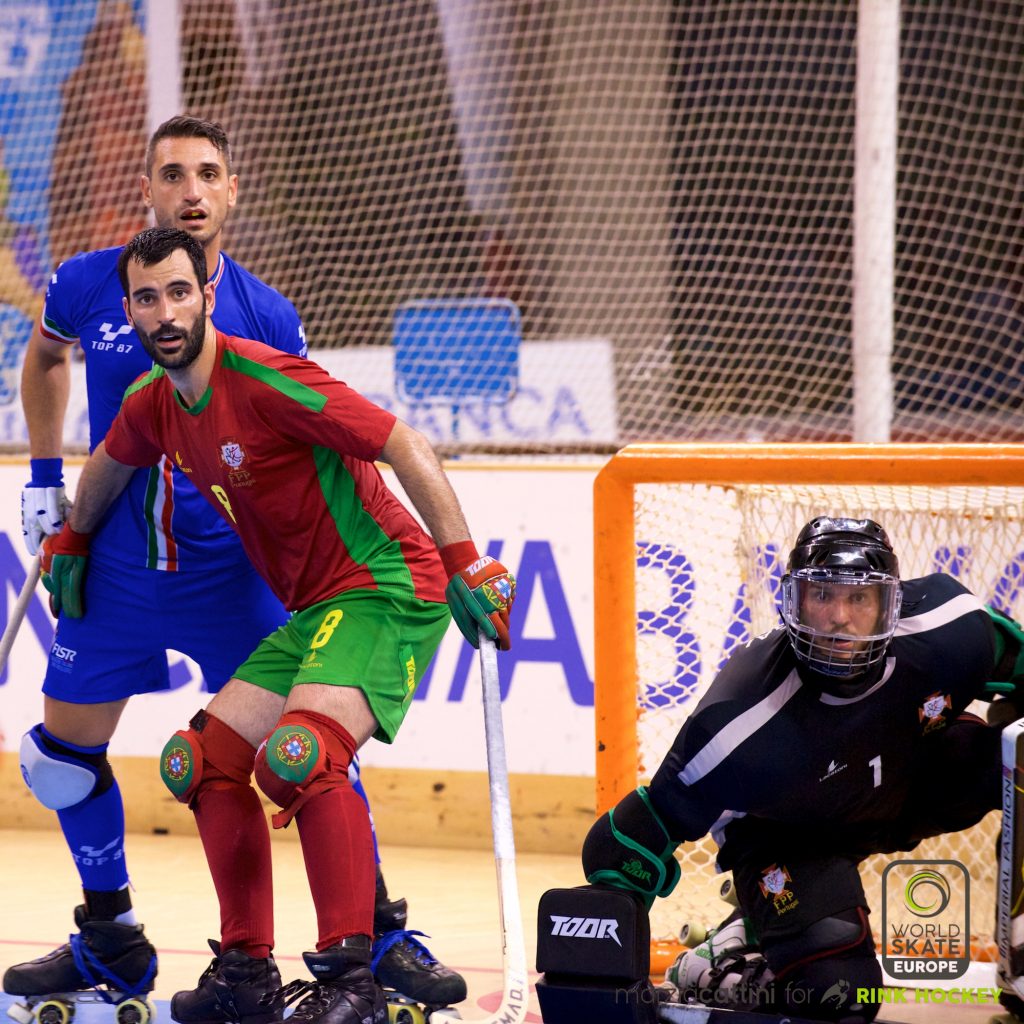 Spain and Portugal reached the Final of the 53rd European Championship winning the semifinals at the Riazor sports hall in A Coruña. They will play tonight, Sunday, July 22nd, starting from 7.30 PM CET. The game will be broadcast live on Teledeporte (Spain), RTP (Portugal) and online worldwide by www.cers-rinkhockey.tv.

SEMIFINALS 1st/4th PLACES
In front of more than 2,000 people, Spain won the first semifinal against France after an amazing game during which both teams went ahead an then come back. The final result of 8-2 didn’t tell about the suspense characterizing the whole game. Once again, France played at the same level than Spain and suffered most of the goal in the last minutes of the game when surrendered.  On its side, Spain succeeded to stay in the game when France went ahead at the beginning of the 2nd half and then prevailed thanks to its young players and Two decisive goals scored by the Galician player Edu Lamas.
The second semifinal was even more balanced. The 1st half was something like a chess game between the teams, with a lot of strategy and not many real goal opportunities. After di advantage of Portugal, Italy tied and passed ahead scoring a goal while Portugal was playing in powerplay. As happened against Frane, Portugal performed its come back in the 2nd half. The Portuguese team scored twice, passing ahead again, while Italy wasted a direct hit before suffering the 4th Portuguese point.
France and Italy will play for the medal bronze starting from 5 PM CET.

In the group from 9th to 11th place, Netherlands conquered three points again Belgium and now lead the stending. The game against Austria, scheduled at 10 AM, will decide the final positions.