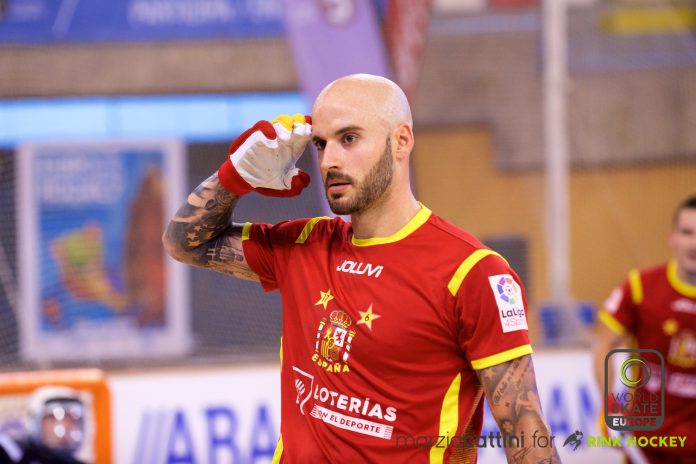 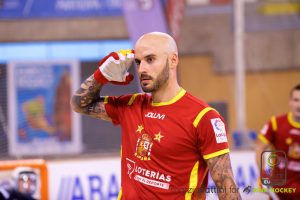 The 53rd edition of the Senior Male European Championship of Rink Hockey started today in A Coruña, Spain.
It has been a day full of events, starting with the opening game between Spain and England. The home team won 10-1 but the game was very exciting, in particular during the first half. England surprised the World Champions scoring the first goal of the Championship and leading the game for the first 10 minutes. Then, Spain recovered and quickly overturned the result, closing the first half 5-1 ahead.
In the second half, the strength of Spain let the World Champions control the game and increase the result until the final 10-0.
Before the first of the 40 games of this European Championship, all the athletes of the eleven participating teams went to the rink for the Opening Ceremony, where, after an exhibition of figure skating, the anthem of each country were played.

In the morning, the teams received the official balls of the competition from Swift Sport, the new partner of the  Wolrd Skate Europe Rink Hockey Commission that will supply every European competition for the next two sporting season.
Just after, the coaches of the eleven teams met for a press conference during which every one of them exposed the aim of its team for this Championship.

Tomorrow the Senior Male European Championship will fully enter the group stage with four games scheduled and the debut, among others, of Portugal and Spain. It will also be the day of the return into the rink of Belgium, Netherlands and Andorra which were absent from the European Championship for many years.