The 13th edition of Female League Cup Final Four will be remembered as one of the most exciting final phases of the history of the female section of rink hockey. A new era of Female Rink Hockey has been started since 2014, when Spain started to dominate all the european championship for clubs and for nations. In Manlleu we have seen another face of this incredible grow of female section, thanks also for the work of this European Committee in the last 5 years, started from the U17 European Club Tournament, looking for increase the level of the youngest players. There is a consistent difference from the Spain clubs to the others, but we have reached so high level of Female Rink Hockey, never seen before. The interest of media and mostly from the spectators who follow already our sports, are growing rapidly. In Manlleu, in one of the heart of the Female Rink Hockey, the media accreditation has grown unt 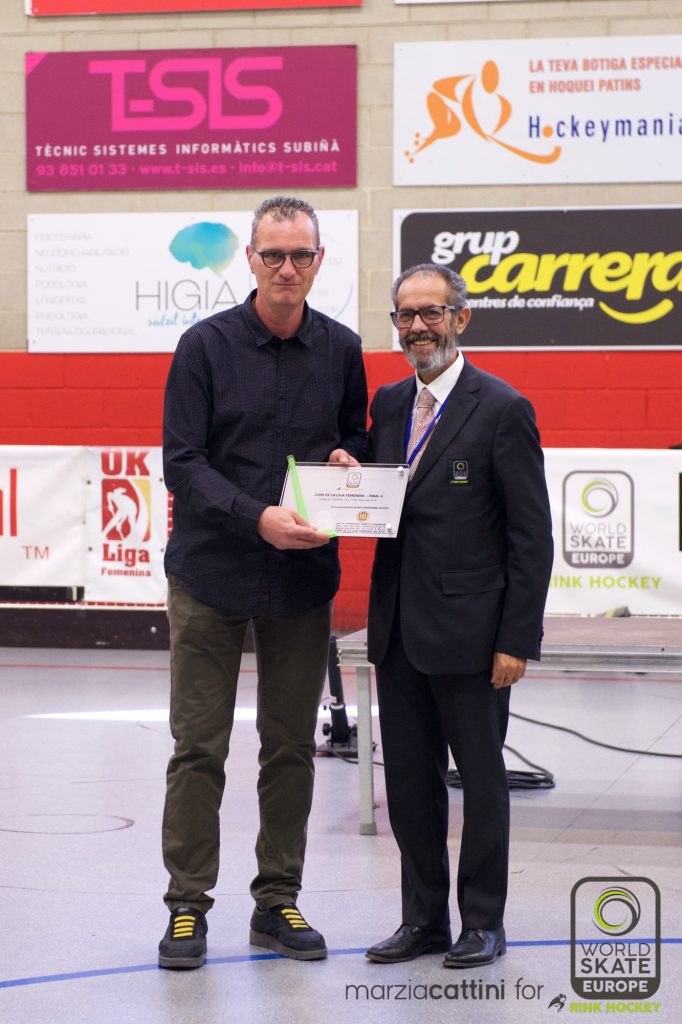 il 30 units: only male Euroleague can assure this huge interest of the media. If Gijon and Lisbon were two amazing finals, with a media average of spectators of 1500, Manlleu has reached the 600 units: three different arenas, but with a percentage of filling of 95%, instead of 70% of the others.

This occasion is also thanks to the Manlleu’s organization, Santi and Toni and all the members of Club Pati Manlleu, that has hosted the third final of the history, the best ever in the competitions, that confirm the extreme love of this province for the female rink hockey. It’s not a case that to win was Voltregà, distanced 5 km to the Pavellò: a Osona p

rovince that confirm a great attitude for the female Rink Hockey. A great victory for Josep Rovira’s team: indeed in the last summer they had a renewal of the team, with the “goodbye” of the best athletes that has conquered some of their cup, as written from Joan Martì in this article (Tasha Lee, Nara Lopez, Aina La Fon, Joana Comas and Aina Arxe). A renewal that have to throw some youngest player of the tournament, as Maria Anglada, only 17-years-old, that has scored the decisive goal in the overtime, when there were only a few seconds left to the penalties. She isn’t the unique young player, in a consol 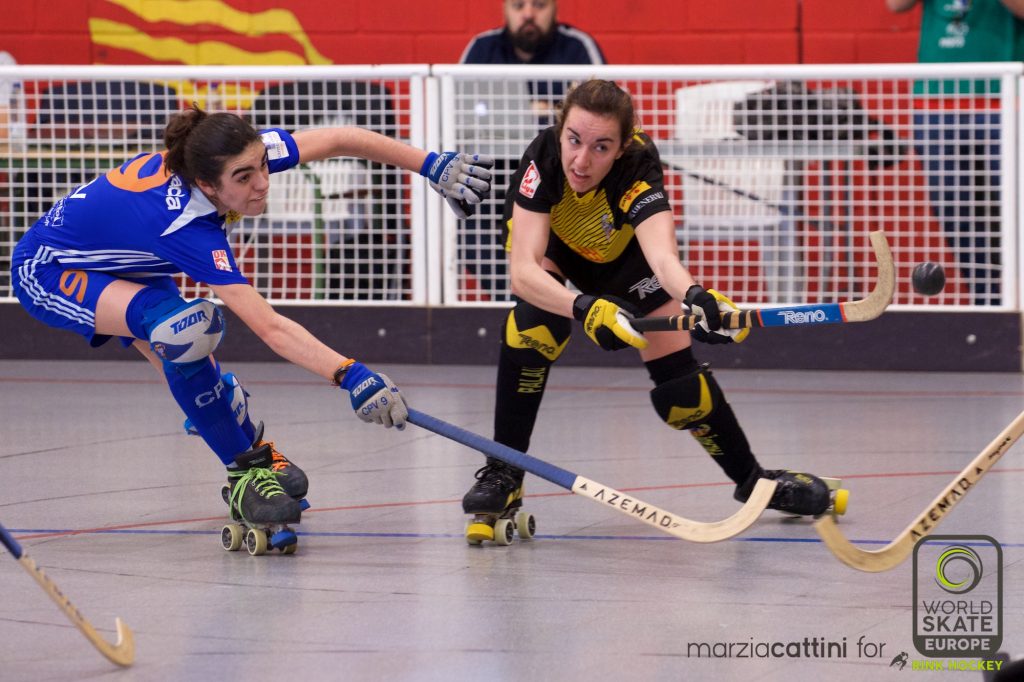 idate team of former national team and with a great experience generated in the europeen career (Barcelò, Gutierrez, Romero and Tarrida) with a huge lack for injury, the third best scorer of the season, Judith Burgaya. A great victory for this team, the sixth of their history, with confirmation the best team so far. But we cannot forget the second classified: Palau Plegamans. They had the best supporters’ side, also with the 70 kilometers to cover, and they have the most talents team in this final four. A young team that probably will dominate next years, with a huge support from the club and from their city. They have participated to the U17 Tournament in Remsched 2017 and they won it with some of these girls of the final: the Palau “cantera” will give life to an extraordinary future of this club. CP Manlleu, instead, continues to have an open account with this trophy: after a summer of new arrivals, many of them directly from the national selection, they seemed to take the most chance to win the cup, above all after the victory against the title-holder of Gijon, one of the lack of this last phase of Female League Cup, as Benfica. I think that the best words must be spent to the Iserlohn: an incredible life of this club must be assured to these players that has tried to grow the german female movement, with an outstanding passion and attitude to compete against the spanish teams. As in Mealhada tournament (many of the players of the national team are from Iserlohn), we have seen a high level of competition. It is undeniable that the level grows rapidly in last years in Spain that has made a difference compared to the other. But I think that is the huge growth of clubs and above all, about the quantity of players, will be also important for the other nations: it represents a model to follow for improving their sections.

After the European championship, with the last incredible match played before and past the Hurricane Leslie, we can assure that the female rink hockey it will not be the same as before, the media and the consideration from the single federation will not be the same as before. Now all the clubs from the Europe could open another door for the female section, so great in all the main sports. Another Rink Hockey is still arriving and we hope that all can join it. A different way to follow this sport, even more fascinated. We are proud to share it to all.

See you next sporting season with Female Rink Hockey! 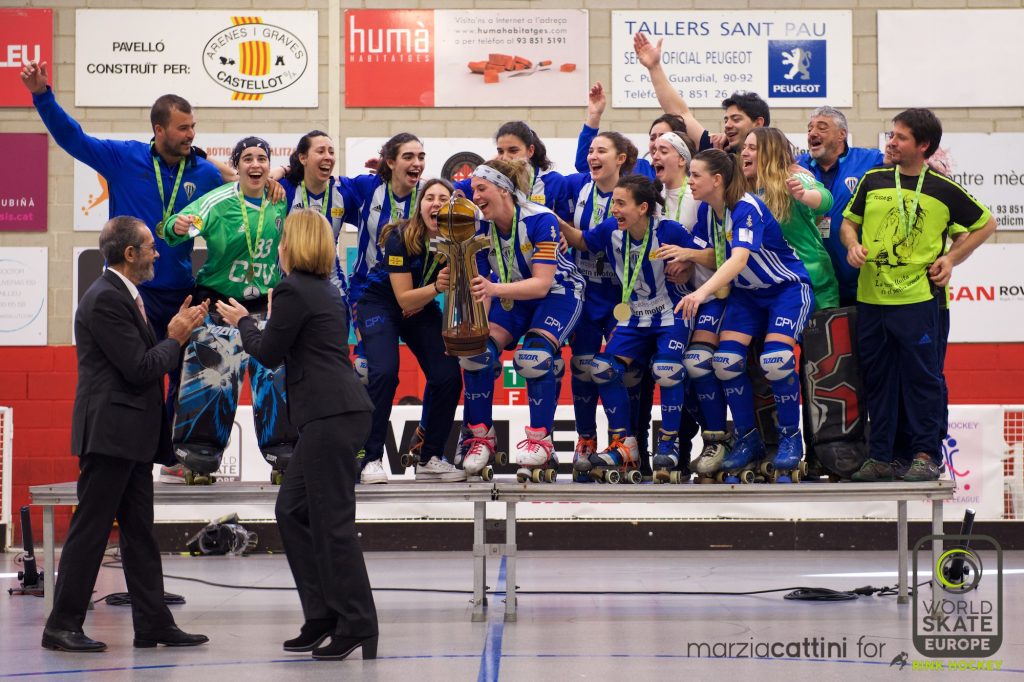