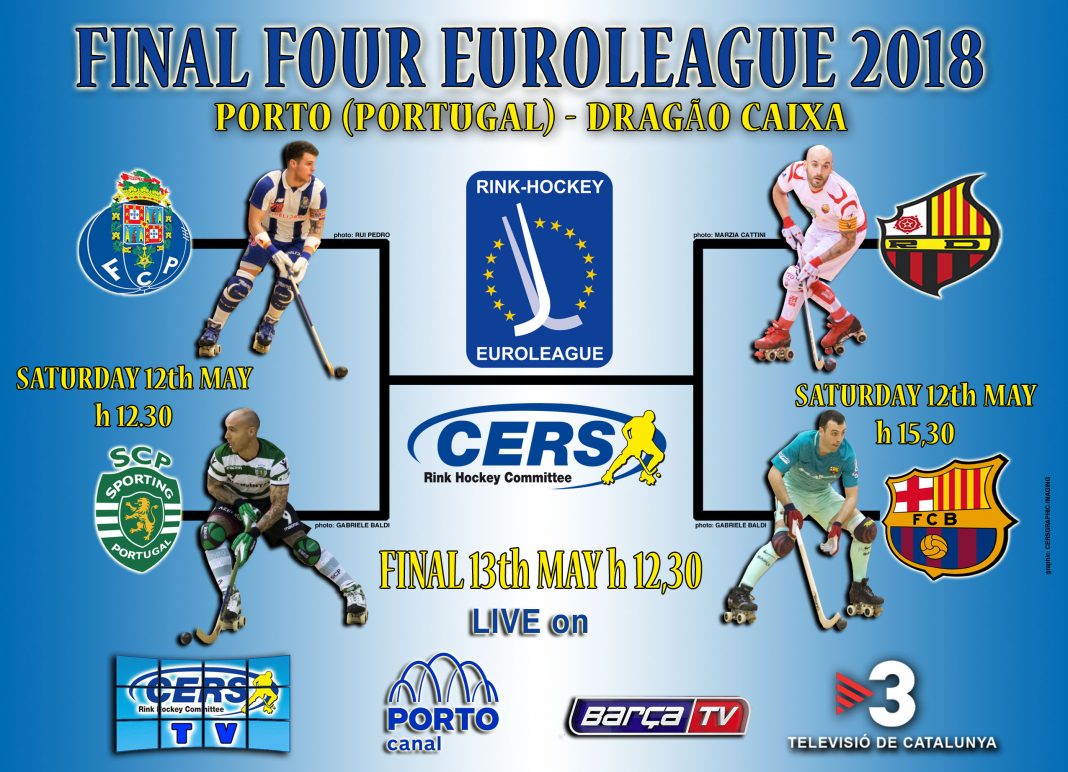 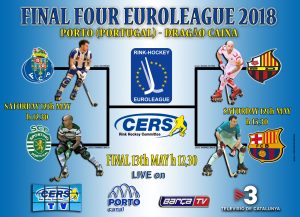 The final act of the Eurocup season will take place in Porto (Portugal) during this weekend. After the Female Euroleague won by Gijon in Lisbon and the Cers Cup that Lleida conquered at home, it’s now the turn of the Male Euroleague.
The venue is the Dragao Caixa sports hall where is very difficult to find free places for the three games of the Final Four.
It’s almost impossible for the first semifinal of Saturday, May 12, when at half past noon, Porto and Sporting CP will play to determine the Portugues team in the Final of Sunday. The second finalist will be Spanish for sure: the winner of the second semifinal between the defending champion Reus Deportivo and FC Barcelona.
The Final will be played on Sunday, May 13, at 12.30 AM WET.
The Male Euroleague Final Four will have a complete TV coverage. Porto Canal will broadcast the first semifinal, while Esport 3 and Barça TV will broadcast the second. All the games of the Porto Final Four will be available worldwide on the Cers Rink Hockey Committee Youtube Channel CERH TV.