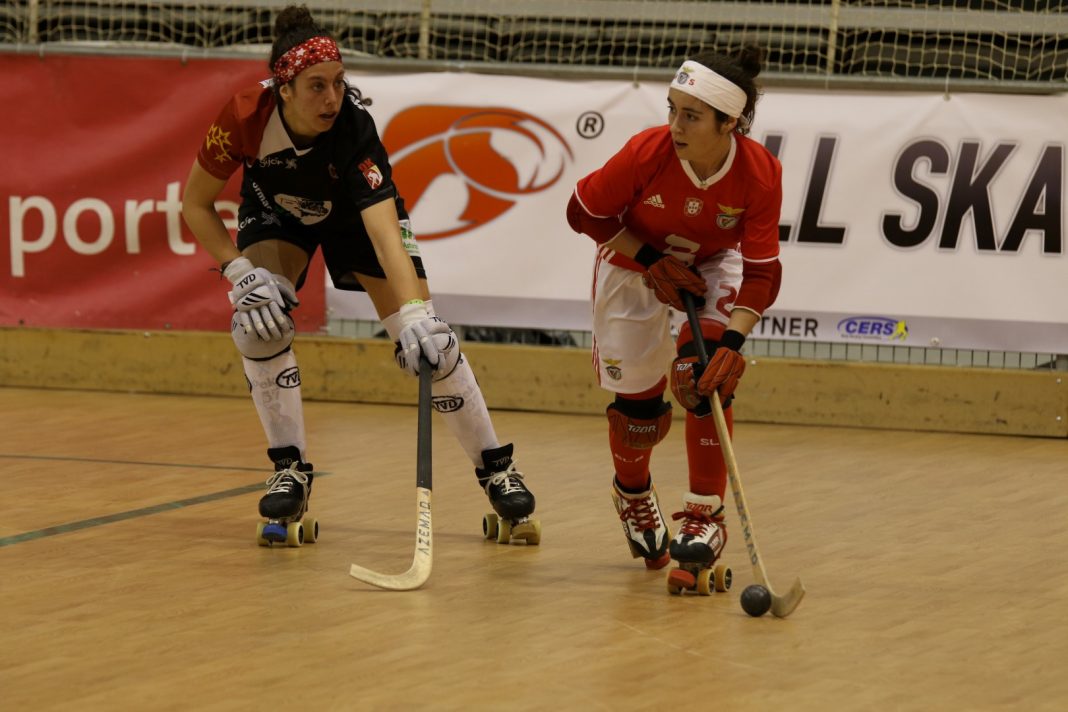 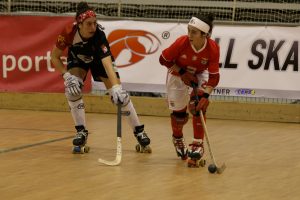 The Female League Cup opens the 2018 series of the Final Fours of the European Cups. On Saturday 17th and Sunday 18th, the best teams in continental female rink hockey will participate in the most important event of the season regarding club competitions.
The qualified teams are from Spain and Portugal and are the defending champion CP Voltregà (Spa) that will play the first semifinals against the home team SL Benfica (Por) tomorrow at 3 PM WET, and the newcomer Stuart Massama (Por) that will play against the finalist of the last edition CP Gijon (Spa) at 6 PM WET. The winners of the semifinals will play the Final on Sunday 18th at 6 PM local time. (PHOTO BY LUIS VELASCO)
The Cers-RH committee assigned the organization of the Final Four to the SL Benfica, supported by the Portuguese Federation, and the venue of the three games will be the Fidelidade sports hall.
Six referees will ensure that the games will be correctly carried on: Pascal Hanras and Stéphane Rizzotti from France; Joseph Silecchia, Claudio Ferraro, Massimiliano Carmazzi and Filippo Fronte from Italy. The referees appointed for the semifinals will be published later today on Cers-RH website www.cers-rinkhockey.it
The Final Four of the Female League Cup will have a complete TV coverage both on Benfica TV and Cerh TV that  are going to broadcast live and worldwide the semifinals and the final.

Today, as an opening act of the Final Four, a press conference will be held starting from 5.00 PM WET in the Auditorium of the “Cosme Damião” museum which is situated inside the “Estadio da Luz”. First of all, M. Domingos Almeida Lima (SL Benfica Vice-President), M. Fernando Claro (CERS President and FPP President) and M. Fernando Graça (CERS-RH President) will officially open the Final Four and then the coaches of the four participating teams will talk about this event and will answer journalists’ questions.
At the end of the Press Conference, the teams will test the rink of the “Fidelidade” sports hall: CP Voltregà at 6.30 PM, CP Gijon at 7 PM and Stuart Massama at 7.30 PM.