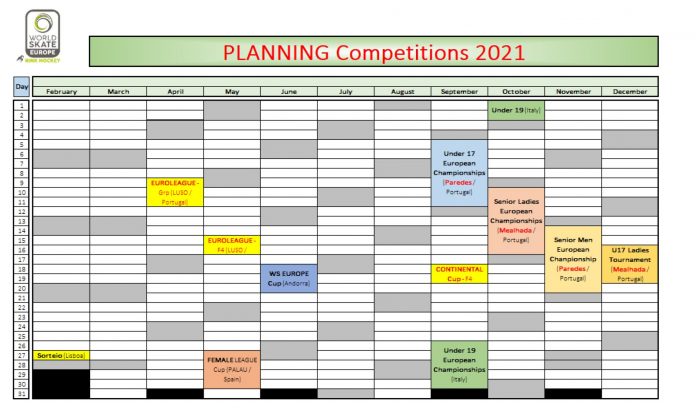 The Executive Committee of World Skate, on 25 June 2021, has decided the derogation, for this season, relating to the formalization of the European Championships with a number of 4 participating Federations (was 6 in the official rules). The resolution was made to overcome some problems of some European federations, due to the waves of Covid-19 pandemic: they could not train or could not play for 15 months. To help these federations and to have the maximum possible participation in the championships it was officially decided to postpone the senior European championship in November, compared to what was established at the end of August. The WSE-RH Committee confirms the change of date of the European Senior Men’s Championship held from 14 to 20 November 2021 in Portugal, in the city of Paredes, already host of the 50th edition in 2012, with the organization of FPP, Federação de Patinagem de Portugal.

As indicated in the official communication n.57, In the same place and with the organization of FPP, Federação de Patinagem de Portugal, will be played the Under 17 Male European Championship from 5th to 11th of September, the first European championship after the latest in Torres Vedras in 2019. At the end of September will be played in Italy (place not confirmed yet) Under 19 Male European Championship. The Senior Female Competition will be host by Mealhada (10-16 October), as in the last played in 2018. Always in Mealhada, in the middle of December will return the Under 17 Club Female Competition (see the communication attached)

The season for the clubs will be start 18th and 19th September with the Continental Cup. The semifinals on Saturday 18th September will be European Champion Sporting CP (PT) against Hockey Sarzana (IT) second classified in the WS Europe Cup 2021 and CE Lleida Llista (SP), winner of WS Europe Cup 2021, against FC Porto (PT), second classified in 2021 Euroleague. The definition of the location will be communicated in the coming weeks. 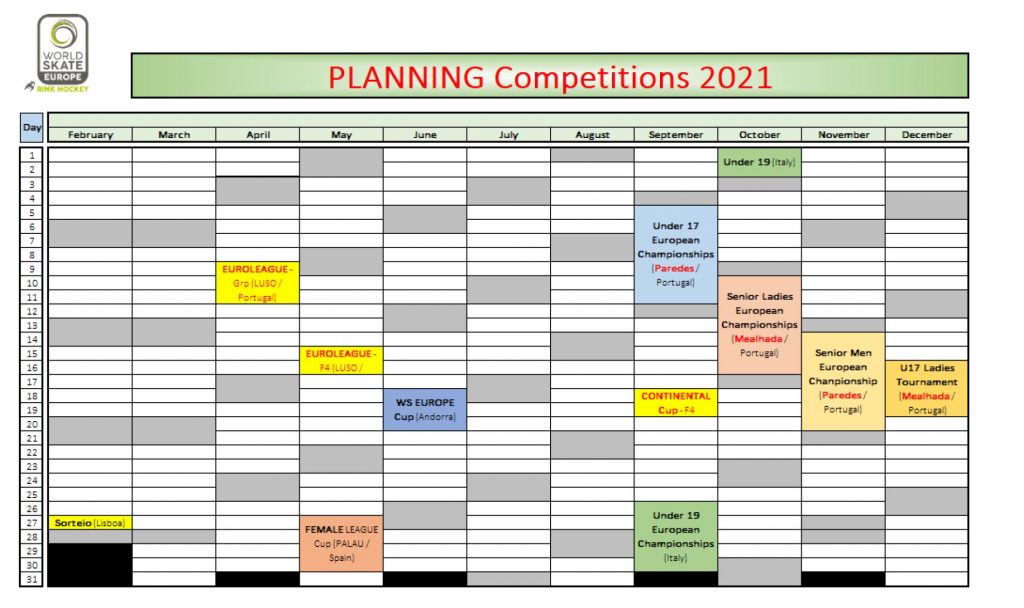