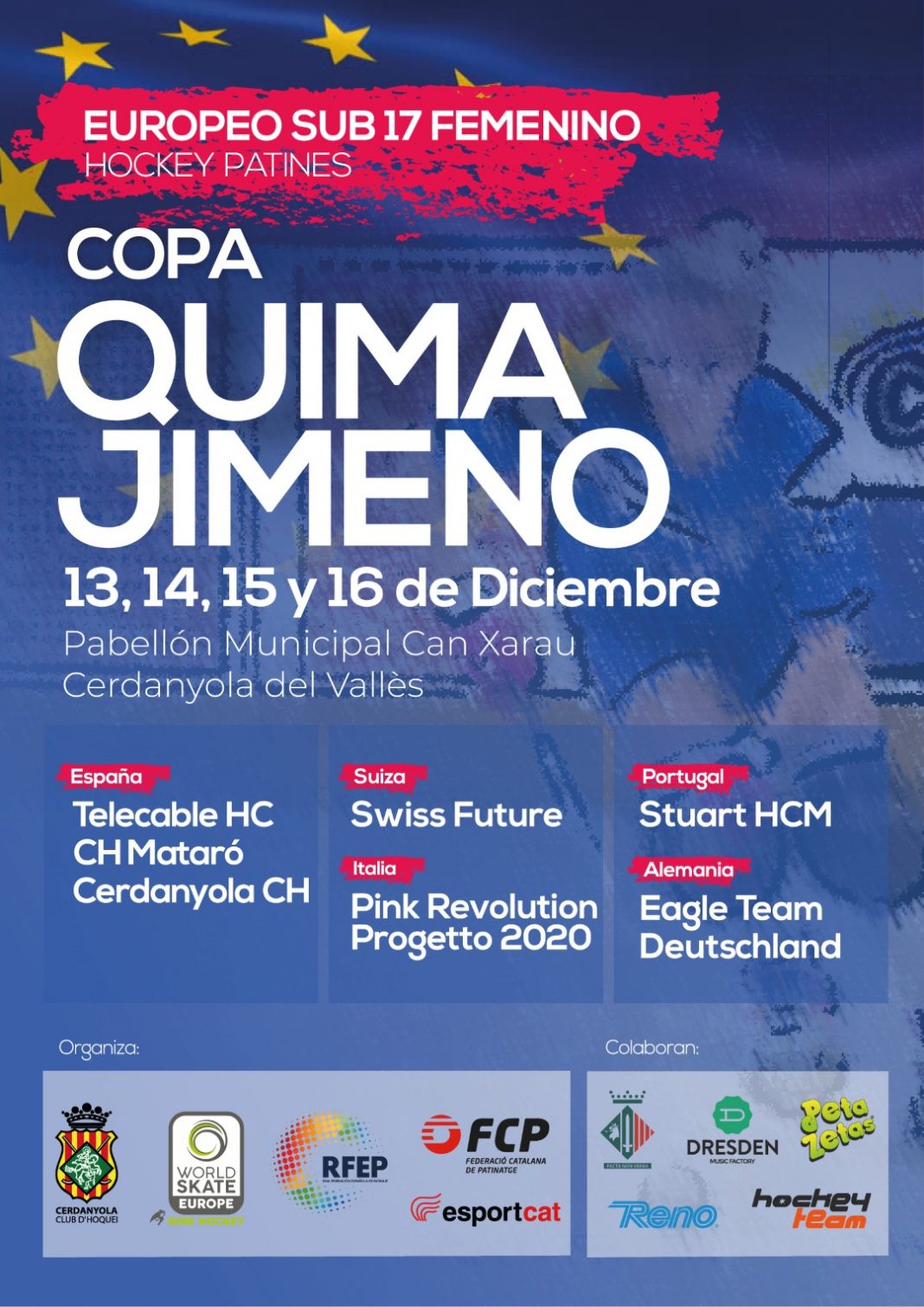 From Thursday to Sunday the 5th edition of European Tournament Under 17 Female Clubs hosted by the club of Cerdanyola Club d’Hoquei: 7 clubs will play for the victory.

Thursday 13th December will start the 5th edition of European Tournament Under 17 Female Clubs in Cerdanyola Del Vallès in the province of Barcelona (Spain). Seven clubs will partecipate to this tournament with the formula of a round robin: the 2-times winner Mataro CH (Spain), the home team of the Cerdanyola HC (Spain) and the last winner of the Female Euroleague, Gijon HC (Spain), the italian team of Pink Revolution Progetto 2020, the portuguese team of Stuart Massama, a selection of team Switzerland (Swiss future) and of team Germany (Eagle Team). Many of the players that will play in this tournament have already played in the previous events and also in the Female Euroleague. Every day, 6 matches: 1 session in the morning, 1 in the evening untilf the last day where will be scheduled the latest 3 decisive matches only in the morning.

“We are very proud to dedicate this 5th edition, for the first time, to an important figure of spanish rink hockey as Quima Jimeno, former player, now a coach inside the club of Cerdanyola – says the female coordinator of World Skate Europe, Susana Pandavenes. We are thankful to Spanish Real Federation of Patinaje and to the Cerdanyola Club d’Hoquei for organising this important tournament for the development of the female Rink Hockey. There will be also two female referees for the first time, the spanish Tania Pardo and the portuguese Silvia Coelho, recently both promoted to the international activity.”

Livescoring of every match and the complete stats will be available in our website http://www.wseurope-rinkhockey.tv/tournamentu17f 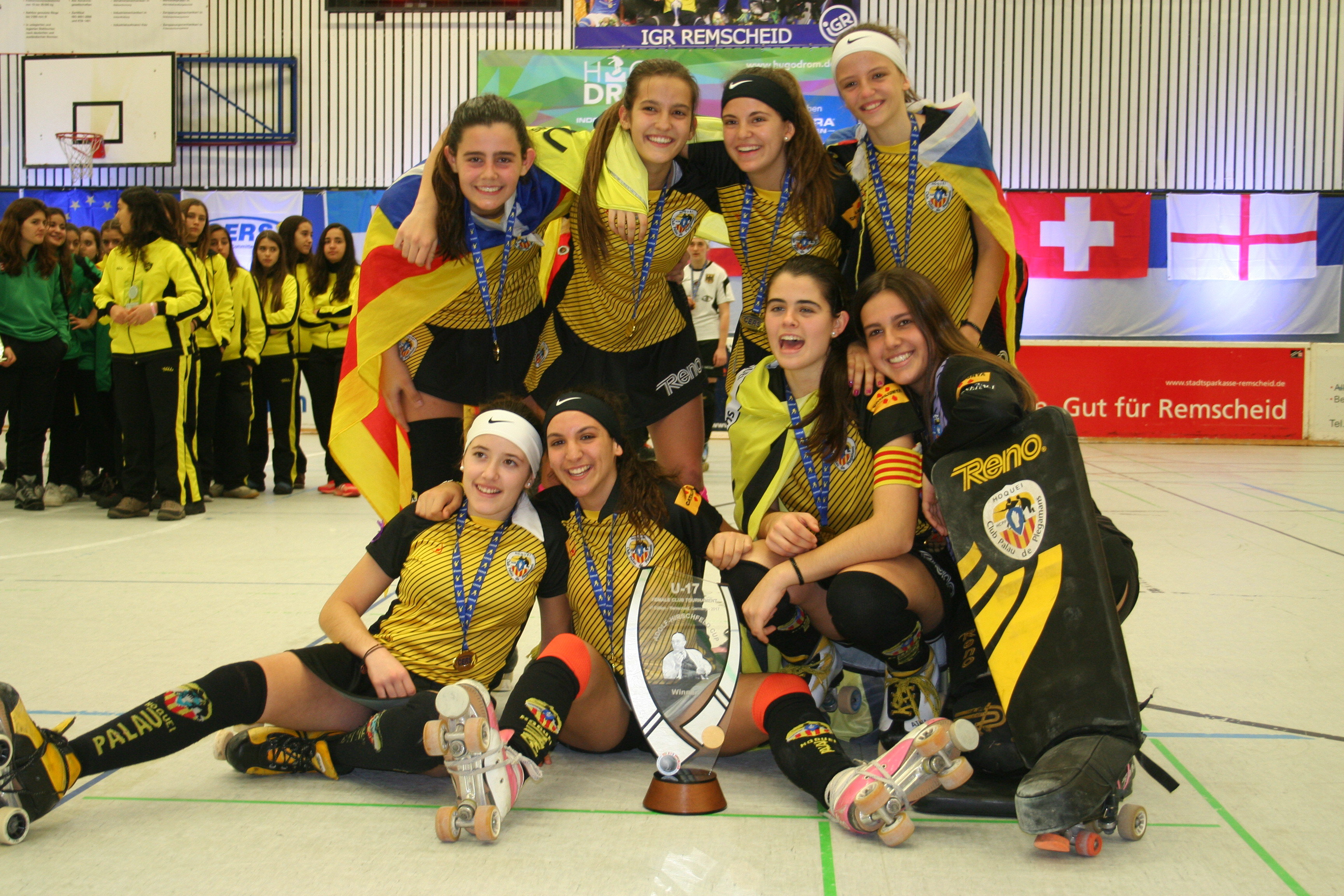 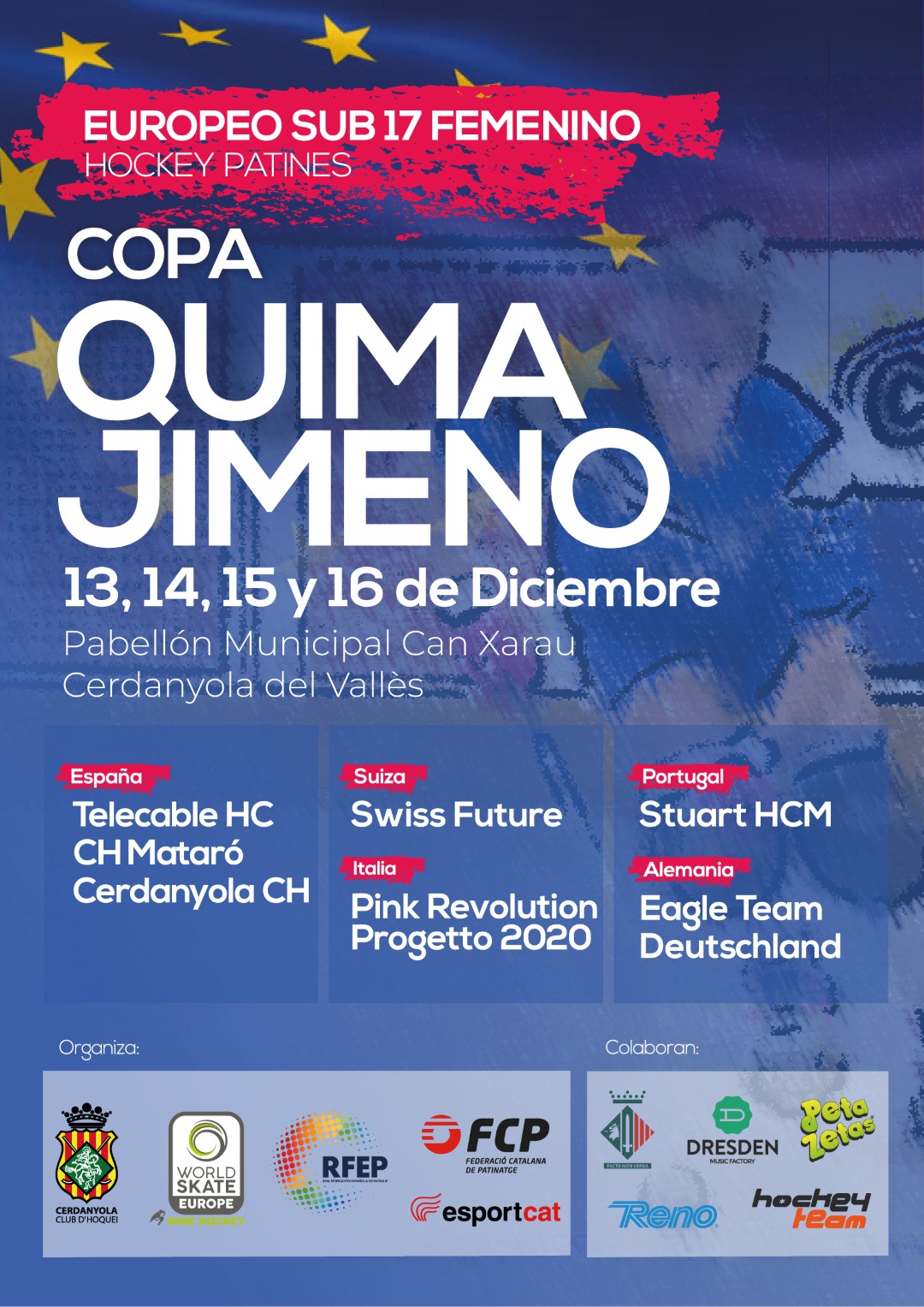 Official paper of the tournament

From Thursday, 7th Under 17 Female Tournament in Luso (Portugal), entirely live on WSETV