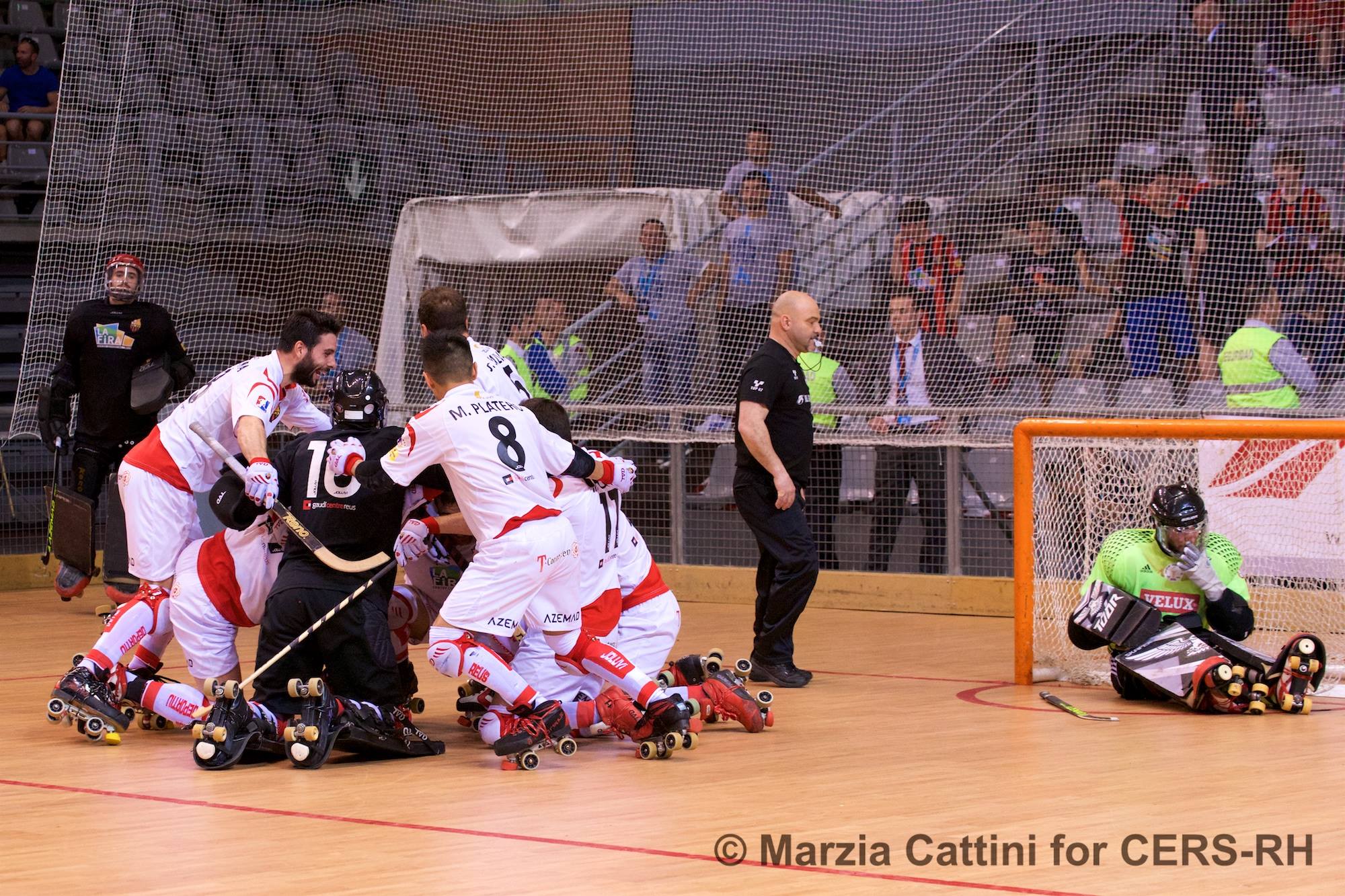 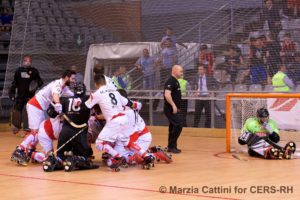 After two neverending semifinals, UD Oliveirense and Reus Deportivo reached the Final of the Male Euroleague and tomorrow, Sunday, May 13th, will play for the title in the “Pavilló Barris Nord” in Lleida that host the Final Four.
The semifinals registered the elimination of both the home team FC Barcelona and the defending champion SL Benfica, determining a surprising final.
In front of more than 2.000 spectators, the first semifinal between Barcelona and Oliveirense was full  of emotions but with any goal during regular and extra time, until the 39th second of the 2nd half of the prolongation when a shot by Ricardo Barreiros gave the victory to Oliveirense which will play the final for the second year in a row.
The second semifinal was even longer than the first and neither the extra time was enough to untie the match. Reus Deportivo and SL Benfica played an amazing game, overcoming each other all time long. Casanovas put Reus ahead after less than a minute, scoring a penalty, but Benfica tied a few minutes after with Diogo Rafael and took advantage with Joao Rodrigues. Before the end of the 1st half, Raul Marin and again Albert Casanovas fixed the 3-2 at half time. In the second half, Benfica overturned the result again with the goals scored by Nicolia and Adroher, before that Matias Platero fixed the 4-4 at the end of regular time. At the first time of the first prolongation, Benfica had two great occasions to score and win the game due to a blue card to Platero, but Nicolia failed the direct shot and the portuguese team wasted the two-minutes power point. At the penalties, only Nicolia scored for Benfica while Reus scored twice with Salvat and Casanovas.
Tomorrow, the Final match between Reus Deportivo and UD Oliveirense is scheduled at 4.00 PM CET and will be broadcast live by Cerh TV, RTP and TV3.
RESULTS OF THE SEMIFINALS
FC Barcelona – UD Oliveirense 0-1 after golden goal (live score here)
SL Benfica – Reus Deportivo 5-6 after penalties (live score here)FINAL (Sunday, May 14th, 4.00 PM CET)
Reus Deportivo vs UD Oliveirense
(live on CERH TV, TV3 and RTP)