The European Committee of Rink Hockey has verified that as of 31 July 2020, the table on the 16 EUROLEAGUE positions has not been completed, due to lack of inscription by the club with the right to participate. The number of club registered was 13. The committee reopened the registrations by sending the invitation (opened until 17th August 2020) to the Federations of Switzerland, France and Germany, which according to the rankings, were entitled (as seen in the Communication number 5, paragraph 2.5).

The Swiss and French Federations answered with the subsequent inscription, respectively, of RHC Geneve and the US Coutras. Inthe same time Switzerland Federation has requested the inscription of a new club to the WS Europe Cup, RHC Uri, for replacing the place of Geneve, but this club didn’t proceed to the final registration.

To complete the 16 position of the grid, the committee have sent, in the date of 19th August 2020, the invitation to the Federations of Switzerland, England and Austria, to complete the order envisaged by the nation ranking. Since the last consultation did not lead to the registration of any club in the order envisaged by the ranking, the committee, for completing the plans of the highest European competition, initiated a new consultation, respecting the order of the ranking by nations (as seen in the Communication number 5 paragraph 2.5). This ranking states that Portugal has the right to designate a club for the competition. The Portuguese Federation has pointed to the club of OC Barcelos. So the WS Europe Cup will show 23 clubs.
Further informations about the competitions will be declares in the coming days. 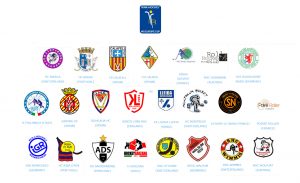 AS 24/2020 – EUROPEAN COMPETITION RULES UNDER THE COVID-19 PROTOCOL